Coptic Solidarity (CS), an international human rights organization devoted to ameliorating the plight of Egypt’s indigenous inhabitants—the Christian Copts—recently published a comprehensive report on why the Egyptian government systematically discriminates against its Christian citizens:  in a word, shari‘a, or Islamic law.  According to CS:

The Egyptian Constitution guarantees freedom of religion and criminalized discrimination based on religion. Yet, the second article of the Constitution states that “Islam is the religion of the state…and the principles of Islamic shari‘a are the main sources of legislation.”  These statements are antithetical since shari‘a repudiates religious freedom. Since it is founded on the non-equality between a Believer (a Muslim) and a Non-believer (and also between men and women), it actually proscribes discrimination and persecution of minority faiths. The Egyptian government cannot implement contradictory principles. Since all the constitutional articles are to be interpreted in light of and in submission to Article 2, shari‘a always takes precedence and is the primary form of institutionalized discrimination by the Egyptian government (emphasis added).

The rest of CS’s report is devoted to substantiating these claims, beginning with the stark contrast between the government’s beneficent approach to mosques and its draconian approach to churches: “The Egyptian government does not apply a single law equally for the building and repair of mosques, churches, and synagogues.”

As for the Grand Imam of Al Azhar, Sheikh Ahmad el-Tayeb—Egypt’s de facto supreme authority on all things Islamic—CS offers an important corrective:

The [International Religious Freedom] report … mentions that senior US officials met with the Sheikh during the past year as well as meetings with Pope Francis in the Vatican. Coptic Solidarity has spoken with officials who have participated in some of these meetings. It is clear that many of these officials believe that el-Tayeb is being honest in the conversations, and truly wants to promote religious freedom. This is a dangerous misconception, because el-Tayeb has been shown repeatedly to deliver one message to his Western audience that supports human rights and religious freedom, while simultaneously preaching an opposing message to his Arabic-speaking audience in Egypt and the Middle East. The US government will not make real progress in these meetings or events towards greater religious freedom without understanding the Sheikh’s intentional deception.
In regards to family law and governmental registration of faith, CS notes that:

In regards to family law and governmental registration of faith, CS notes that:

Every Egyptian must have their faith listed on their ID card. The only options are Muslim, Christian, Jewish, and now a dash for Baha’i.  The Ministry of Interior [MOI] determines which faith is listed on an individual’s card, preventing any indication of conversion unless converting TO Islam. If a child is born to a mixed family with a Muslim parent, they are registered as Muslim regardless of the faith they practice. If a parent converts to Islam after a child is born, the MOI immediately changes the child’s faith to Muslim in their database.  A Christian man is forbidden from marrying a Muslim woman unless he converts to Islam. A Muslim man may marry a Christian woman.  If a married man leaves Islam, his marriage to a Muslim woman is immediately dissolved.  In the case of divorce with a mixed-faith marriage, the Muslim parent will always get custody of children.[…]  Any individual may convert to Islam and have their faith on their ID changed. If one converts away from Islam, the MOI will not change the faith on their ID card. In this way, converts and their children will continue to be listed as Muslims, subjected to shari’a, and forced to study Islam in public school despite not being Muslim.

Concerning Egypt’s “blasphemy law,” which is officially meant to prevent the denigration of all “Abrahamic” faiths, a disproportionate amount of cases are brought against Christians: 41 percent of all blasphemy cases in 2016 were against Copts, though the Egyptian government estimates them to be under ten percent of the population.  The remainder of cases was brought mostly against secular or moderate Muslims who criticized or even questioned Islam.  Conversely, the majority of Muslims who publicly denigrate Christianity and Judaism—including on television, radio, or via loud mosque speakers—are rarely prosecuted.

As for discrimination in the employment sector, although there are 34 cabinet ministers in Egypt, only one is Christian, Nabila Makram, minister of Immigration and Expatriate Affairs; she “has virtually no duties in her portfolio, making it a token appointment,” observes CS, before adding: “In the past there used to be two, occasionally three, Coptic ministers in each cabinet; however, this ‘tradition’ was disrupted by President el-Sisi four years ago.”

Other examples include “a Coptic judge [who] was reportedly denied a promotion to the Administrative prosecution due to her faith; a Muslim colleague who objected to the discrimination against her was fired.”  Similarly, “A Coptic military conscript, Matthew Habib, was murdered in his unit and officials ruled it a suicide. Over the past few years, over a dozen such cases were revealed, with no credible explanation from the military authorities.”

Regarding “collective punishment”—when Muslim mobs rise against Christian communities over the alleged shari‘a infraction from one of their numbers (for example, “blasphemy”)—and the “reconciliation sessions” that follow, CS elaborates:

The use of these community sessions to settle “disputes” are utilized when Muslim mobs attack Copts and their properties. It is a way of circumventing police reports, legal charges, and justice for Coptic victims. Copts are typically pressured to retract statements and charges in exchange for “protection” in their villages, or for the release of imprisoned Copts.  During these incidents of communal violence when Muslim mobs attack Copts, their homes, and churches, local police typically arrest both Copts and Muslims, despite culpability. The arrested Copts are used as bargaining chips to assure Coptic cooperation.

Such extrajudicial approaches ensure the ongoing targeting of Christians: “Impunity for crimes against Copts, their homes and businesses, and churches has been a major factor in continued and increasing attacks on Copts.”  As one of several examples, CS cites the case of Souad Thabet,

an elderly Coptic woman who was stripped naked, beaten, and paraded through her village, Karm in Minya, by a mob of about 300 Muslim villagers on May 20, 2016. The attack was based on mere rumors that her son was having an affair with a Muslim woman. After the incident, Egyptian authorities dropped the case against three of Ms. Thabet’s attackers due to “lack of evidence,” despite many witnesses. Then in February of 2017, the case was reinstated, only to be suspended on March 17 when the court recused itself. As of this writing, Ms. Thabet’s attackers still have not been fully prosecuted or sentenced.

In summary, as long as all laws are subject to interpretation by shari‘a—which itself discriminates between believers and non-believers—the Egyptian government will continue to discriminate against Christians.   It is because of Article 2, says Adel Guindy, founding president and current board member of CS, that:

As for what the United States can do to help ameliorate the plight of Egypt’s Christians, CS offers the following sound conclusion:

Were the US government to raise these issues of systematic discrimination and hold the Egyptian government to account for this discrimination against religious minorities, it could provide the requisite incentive to achieve greater equality for Copts, and a departure from their lives as second class citizens in their homeland. 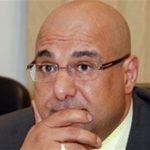 Coptic Rights Activist Banned From Facebook for One MonthSelected Opinion 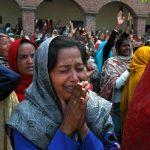