Editors Note – Mr. Magdi Khalil, a founding member of Coptic Solidarity and member of the Executive Committee has been banned from Facebook for one month. The supposed reason for this ban is that he shared a video of the Egyptian Immigration Minister threatening Egyptians in the diaspora during a speech she gave in Canada. The same video has been shared on Facebook by countless other news sites and individuals without suffering consequences.  Below is the open letter Mr. Khali has sent to Facebook. 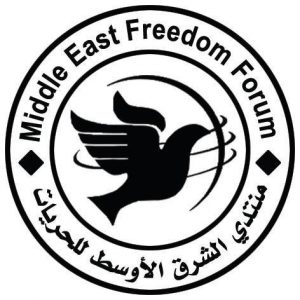 To Whom it May Concern,

I am writing to inform you of persistent censorship of my Facebook account and posts and to request that you take action to rectify this situation.

My name is Magdi Khali and I am a Copt, a member of the indigenous Christian ethnic minority in Egypt. I am a researcher, author, human rights activist, and TV commentator. I follow the ethical and legal standards of journalism and publication. As an American citizen, I am also protected by US law which grants me the right to express my ideas in a peaceful manner.

In response to my posts regarding the persecution of Copts in Egypt, my account has frequently been reported to Facebook under accusations of hate speech and incitement to violence. I previously wrote an article detailing this censorship and hacking by individuals traced back to Egypt, which necessitated assistance from the FBI.

The current Egyptian administration has instituted a severe crackdown on all civil society, religious minorities, and political opponents. When human rights activists such as I report on these incidents, the Egyptian government employs their “electronic militias” to silence those who expose their actions by filing numerous complaints to get my account shut down. This is a tactic used by numerous regimes in the Middle East, to silence critics of human rights, democracy, women’s rights, and other “sensitive” issues in their opinion.

The most recent incident occurred on  July 22nd, when I published a video of the Coptic Egyptian Minister of Immigration, Nabila Makram, speaking at an event in Toronto. In this speech, Ms. Makram threatened to chop (behead) those who harm Egypt overseas. The threat was made directly to Copts in the diaspora who say or do anything which “harms” Egypt’s reputation or draws attention to the treatment of Copts. The same video I shared was published in an article by the BBC, a variety of new sources, and on thousands of Facebook pages.

My post included a warning that it is a crime to incite violence against peaceful activists, a common occurrence against Copts and human rights activists in Egypt. On July 23, I discovered that Facebook has banned me from posting on both my personal page and  professional accounts for an entire month! This is unconscionable taking into account that the video does not violate any Facebook policies, and considering it was shared by numerous other credible sources who were not censored by the Facebook administration.

Facebook is an incredible platform and resource for human rights activists such a myself, which enables me to create greater awareness and action on behalf of those who suffer discrimination and persecution. Being a leader in worldwide social media comes with a responsibility to ensure free speech and end incitement as well as hate speech. There are many challenges in this role, but I encourage the Facebook administration to ensure sufficient training of employees and provide accountability to those who misuse their positions to eradicate responsible free speech. 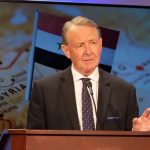 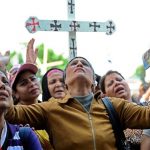