Coptic Solidarity launched its first annual Modern Coptic Martyrs Remembrance Day at the National Press Club in Washington DC on October 5, 2016. The press conference served as an opportunity to remember the 28 martyrs of the Maspero Massacre on October 9, 2011 and the 327 individuals who were injured by the Egyptian military, and the many other Coptic Christians martyrs of Egypt in modern times who have died for their faith in the increasingly hostile environment towards religious minorities. 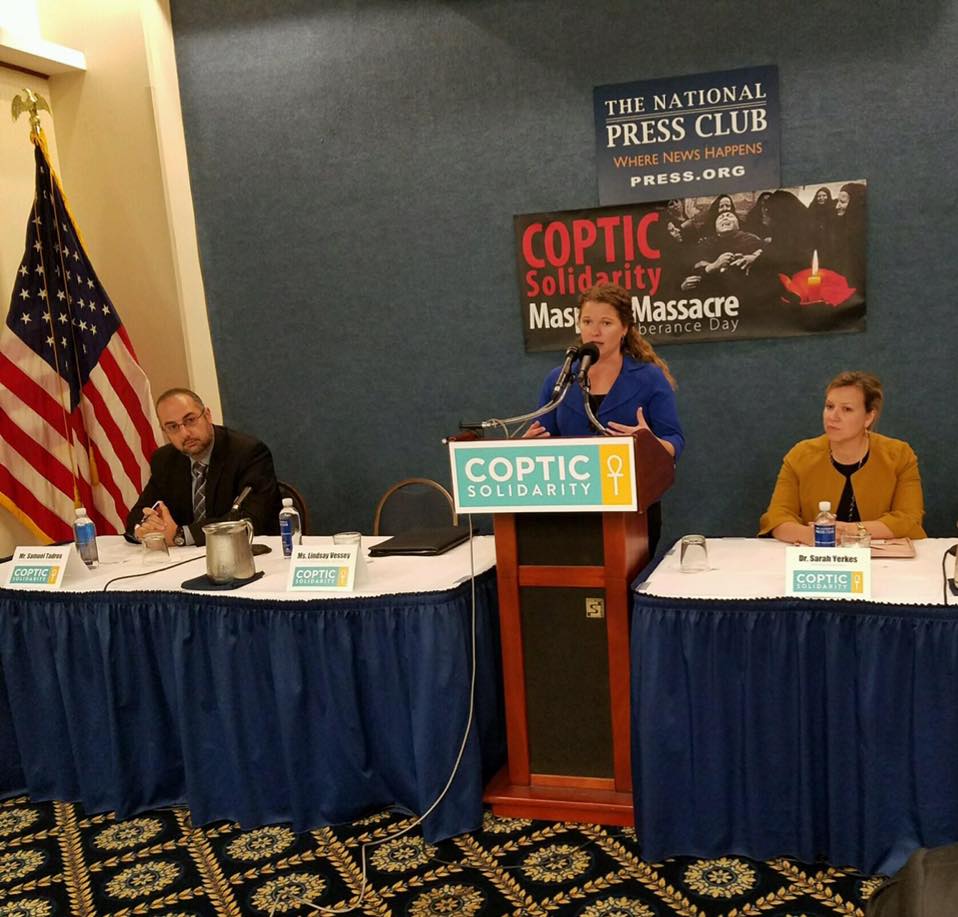 Ms. Vessey recounted the events which led to Copts peacefully demonstrating on October 9, 2011 again the destruction of a church near Aswan. The Egyptian military’s planned attack on innocent Coptic civilians resulted in the horrific murder of 28 individuals, 14 of whom were crushed to death by armored personnel carriers which drove in zig zag patterns to hit as many individuals as possible. Live ammunition and full riot gear were used against the Coptic protesters with absolutely no warning. Ms. Vessey noted that to date, only two low-ranking soldiers were found guilty of a misdemeanor of “involuntary killing.” Both of these soldiers remain free and continue to serve in their army units. A Coptic demonstrator was convicted of “aggression against Army personnel.” The massacre is still not officially recognized as such by the government while investigations have been inconclusive. For this reason, Coptic Solidarity strives to bring justice and accountability to the situation and asks the Egyptian government to prosecute the perpetrators and participants of this massacre.

Mr. Mohammed Gowhar was unable to attend the event in person, but submitted a written testimony which was read during the press conference. Mr. Gowhar was the Founder and President of Cairo Video Company and Channel 25. The company was closed after more than 40 years of professional media work as well as the channel that he started after the January 5th revolution. Mr. Gowhar hid two Coptic priests, 12 other Christians as well as 2 Muslims, in the Channel 25 offices during the Maspero Massacre despite having Egyptian security forces search the premises as they were going door to door looking for Copts and protestors to kill. His brave actions saved 16 their lives on that dark day. Mr. Gowhar also had some of the only live footage of the massacre incriminating the Egyptian military. Four members of the military broke into the Channel 25 office attempting to obtain and destroy all the video evidence he had. As a result of witnessing the event and having intimate details of those involved, Mr. Mohammed Gowhar was forced to flee Egypt and found asylum in Canada. 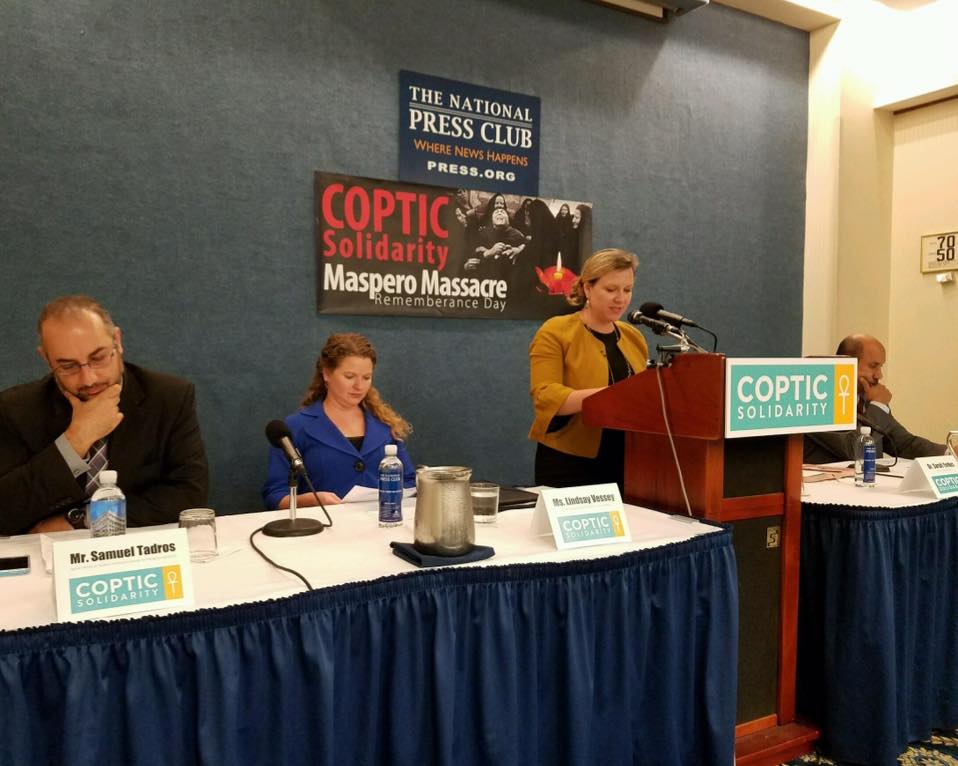 Dr. Sarah Yerkes focused on the concerted crack -down on all civil liberties in Egypt, explaining that the current administration views stability as foremost goal not realizing that a crackdown on all opposition or even human rights activists will result in the exact opposite result. Dr. Yerkes referred to the recently passed church construction law and the multiple loopholes that still exist, demonstrating that the current el-Sisi administration is not serious about equal rights for Copts.

Mr. Sam Tawadros provided excellent insight into the growing intolerance of the Egyptian populace which has resulted in colleagues and neighbors attacking their Coptic counterparts. As he stated, Copts continue to “vote with their feet,” emigrating from Egypt to avoid persecution and discrimination which robs Egypt of diversity and many of their brightest societal contributors. He illustrated this point with the example of Dr. Raymond F. Schinazi (Jewish Egyptian) who fled Egypt with his family when all their possessions were confiscated under President Nasser. Dr. Schinazi was eventually one of the key scientists who found a cure for Hepatitis C, which is highly prevalent in Egypt. The desire to relegate Copts and other minorities into invisibility greatly harms Egypt as a whole. Mr. Tadros recommended education and analogies to the US. Civil rights movement in which the government’s role was to force those of different races to intermingle despite their personal feelings. Only this type of concerted effort will allow minorities in Egypt to regain their place as equal Egyptian citizens. 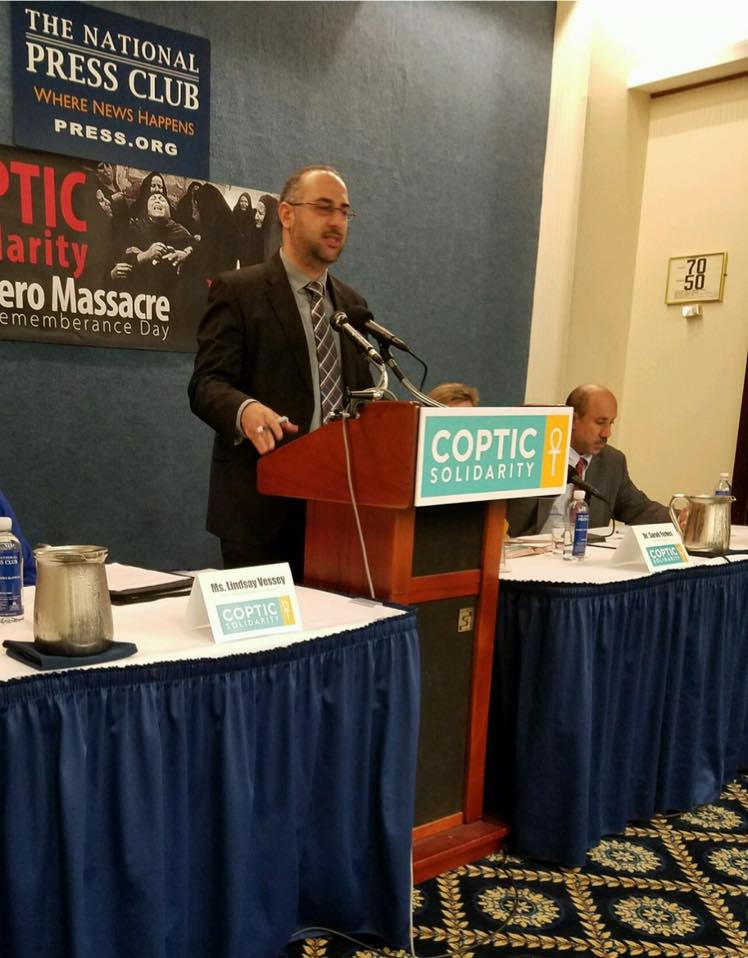 Mr. Ali Al -Ahmed of the Gulf Institute discussed the need for Muslims, such as himself, to stand with persecuted minorities and to contribute to the rebuilding of their churches and destroyed properties. As a Shi’a Muslim from Saudi Arabia, Mr. Ali Al-Ahmed is well acquainted with persecution and commemorated the Maspero martyrs, recognizing the importance of Egypt’s minorities and the need for them to achieve equality in their homeland.

Coptic Solidarity also has launched a campaign where concerned individuals can advocate via Coptic Solidarity’s online advocacy campaign. This campaign provides a sample “Letter to the Editor” and pre-set targets for U.S. and international media. The purpose of this campaign is to urge more media outlets to publish articles regarding the event in order to assist with creating awareness and achieving justice.

Coptic Solidarity has created an online resource center where churches and individuals can find all the necessary tools to host a prayer event or any other commemorative activity. The resource center includes a church bulletin insert, fact sheet, an educational presentation, an advocacy campaign, and photos and videos. 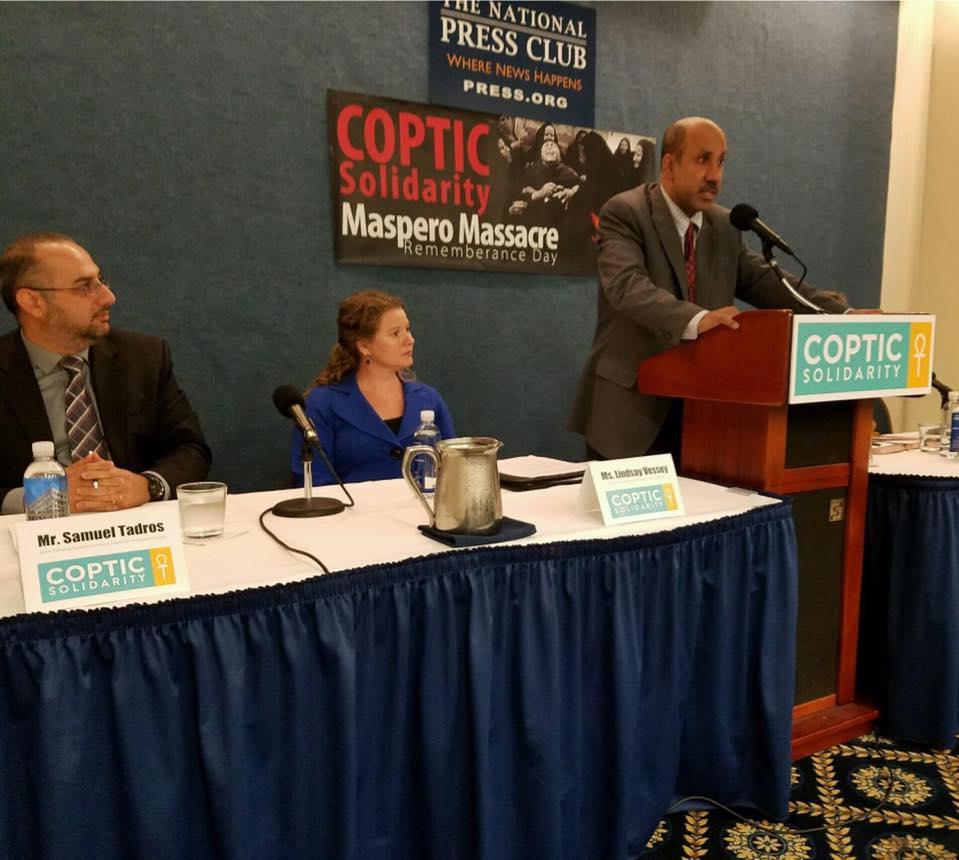 Our hope is that this initiative will continue to grow each year with more churches and individuals recognizing the ultimate sacrifice, not only of the Maspero martyrs, but of all those who have lost their lives to stay true to their faith in the increasingly hostile environment toward religious minorities in Egypt. 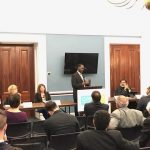