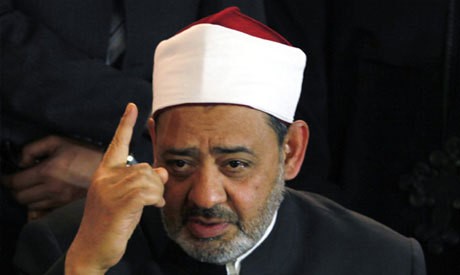 Much of Al Azhar University’s curriculum is based on Islam’s ancillary books, written in the medieval era or earlier. These books are often criticized by reform minded Muslims for being too backward and teaching things like unrelenting jihad and hatred for non-Muslims.

Settling the question in such black and white terms completely overlooks the fact that many of these books do indeed teach troublesome things. It is from these books used in Al Azhar—in this case, one of the histories of the prophet—that ISIS justified burning people alive.

He continued his apologia for these books as follows: “Some say, do away with the other, ancillary books of Al Azhar. Okay, but then how can I understand the Koran and Sunna?” He elaborated by saying that if Al Azhar got rid of the other books, then every Muslim would be free to interpret the Koran any which way they want—claiming that that’s precisely what ISIS does. He even attacked using one’s brain, or reason, to understand the Koran, arguing that that is what ISIS does.

This was another strange assertion since it is ISIS that most criticizes the free use of the brain, and insists on slavishly following the teachings of those ancillary books—which teach anything from eating the flesh of infidel captives to selling women and children on slave markets.

But the most telling portion of the interview came when Tayeb said:

As all Egyptians know, the one man that made the phrase “change religious discourse” famous is President Sisi. He too has publicly called on Al Azhar to reconsider its books in an effort to change the international image of Islam, from one of war and enmity, to something more tolerant. That call has helped Mr. Sisi score political points internationally.

Now the highest Muslim authority in Egypt has made clear that Al Azhar never had any intention of changing anything, that the “religious discourse” articulated in the Medieval era—one of hostility and violence for the other, in a word, jihad—is the only “discourse” Muslims can accept. Anything else is quixotic—“tilting at windmills.” 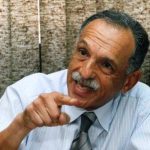