With the House of Representatives well into its second round, new laws are the conversation pieces in Egyptian gatherings. Major among new legislation has been the Citizenship and Anti-Discrimination Bill which was approved by a joint committee formed of parliament’s legislative and human rights committees(1).  Another significant and very controversial proposal, however, was rejected by the legislative committee: the annulment of the Penal Code’s Article 98w which incriminates disdain of religion (2).

What caught my attention this week, however, concerns an issue that I had pledged not to give up on as long as it persists: that of the injustice which falls on women where inheritance is concerned. In Watani’s 6 November issue, Nadia Barsoum relayed, through her column Nabadat (Pulses), a gentle reproach to MP Amna Nosseir, Professor of Philosophy and Islamic Theology at al-Azhar University and a known liberal in Islamic thought. The reproach was on account of Dr. Nosseir’s remark regarding a bill that proposes criminalising the seizure of a woman’s inheritance. “A new law that imposes penalties on whoever [male relative] seizes a woman’s inheritance will change nothing on that score,” Dr. Nosseir declared.  “A woman in [conservative or macho] communities such as Upper Egypt would not dare take her brothers or uncles to court for depriving her of her share in inheritance; many a family would see this legal move as an intolerable social disgrace.” Dr. Nosseir’s painful words prompted me to reopen the issue of women’s inheritance, and especially the lack of any provision for inheritance in the Draft Family Law for Christians. I had hoped this law would root equality between men and women in this regard.

There can be no doubt that the general mood in Egypt reveals no political, societal or legislative will to secure the right of Egyptian women to their inheritance or to penalise whoever usurps this right, let alone grant men and women equal inheritance shares. But this in no way means we should not be doing our best to achieve what we can on that score. The Constitution has granted us Christians the historic opportunity of a Family Law of our own that would follow our Christian doctrine. I believe we should accordingly seize the opportunity to root equality between men and women in inheritance, basing on Christian teachings and on relevant older legislation. I have repeatedly tackled this issue and will go on reminding that taking a step in this direction would set a model in gender equality for the entire nation to follow.

I know that the Coptic Church has nearly closed the file of the Draft Family Law for Christians, and has already submitted it to the Justice Ministry to put before parliament. I also know that, unfortunately, the draft law includes no provisions for inheritance. Accordingly, Christians are subject to the general Egyptian law that follows the rules of Islamic sharia which entitle a man to a share double that of a woman in inheritance, and that grants the major part of an inheritance to the males in the extended family should the deceased have no sons. I cannot here go into the painful details of suffering, humiliation and bitterness that Christian women incur as a result of applying this legislation, especially since they know that the Christian doctrine, if ever applied, would secure their natural rights in this regard.

I again call for provisions that stipulate equal inheritance for men and women in the Draft Family Law for Christians. If granted, it would be a source of pride for the Coptic Church and for Christian men and women; especially if the equality overflows to prevail over the whole nation and redeem all Egyptian women.

On another front, the refusal to incriminate the usurpation by men of women’s shares in inheritance is altogether disgraceful, and must be tackled and exposed. Men who have no qualms about seizing their mothers’ or sisters’ inheritance have lost their way to ‘manliness’ in the old sense of the word. As Dr. Nosseir so aptly pointed out, these men persist in their cowardly practice because they are sure their victims would shy away from taking them to court to demand their rights. Sadly, the community ostracises the victim for crying rather than the assailant for hitting. I intend to open this appalling file which seriously blemishes the gallantry of Egyptian men, even if equality between men and women regarding inheritance is legislated. 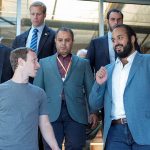 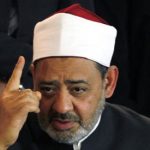