More than 30 countries at the United Nations Human Rights Council issued a joint statement on 12 March 2021expressing their deep alarm over “the trajectory of human rights in Egypt and share[d] the concerns expressed by the [UN] High Commissioner for Human Rights and [UN] Special Procedure mandate holders.”

Our organizations have been calling for the establishment of a monitoring and reporting mechanism on Egypt at the Human Rights Council and will continue to do so until there is meaningful and sustained improvement in the country’s human rights situation.

We remain greatly concerned over the arbitrary arrest, detention and other judicial harassment of human rights defenders. Those held unjustly include NGO directors Mohamed al-Baqer and Ezzat Ghoniem; human rights researchers Patrick George Zaki and Ibrahim Ezz el-Din; and lawyers Mahienour al-Massry, Haytham Mohamdeen and Hoda Abdelmoniem. The founder and director of the Cairo Institute for Human Rights Studies (CIHRS) Bahey Eldin Hassan was handed down an outrageous 15-years imprisonment sentence in absentia. Other attacks against human rights defenders include travel bans, asset freezes, additions to the “terrorists list” in arbitrary proceedings, protracted criminal investigations under case No. 173 of 2011, and reprisals for their engagement with UN mechanisms. We share concerns by seven Special Procedures mandate holders – United Nations experts –   about Law No. 149/2019 on Non-Governmental Organizations, as it fails to meet Egypt’s international obligations to ensure the right to freedom of association.

We also have serious concerns over the overly broad definition of terrorism in Law No. 94 of 2015 on counterterrorism and in the Penal Code that contravenes international standards and allows for the criminalization of acts falling within the scope of the rights to freedom of expression, association and peaceful assembly, as well as  the misuse of “terrorism circuits” of criminal courts and the Supreme State Security Prosecution to target human rights defenders and other peaceful critics in order to silence dissent. We are also deeply concerned over the crackdown on independent journalists and media, as hundreds of websites remain blocked and at least 28 journalists remain behind bars for simply doing their work or expressing critical views including Esraa Abdelfatah and Ismail Iskandarani.

We share the assessment of the UN Working Group on Arbitrary Detention that arbitrary detention is a systematic problem in Egypt. Since President al-Sisi came to power, Egyptian security forces, with the complicity of prosecutors and judges, have arbitrarily arrested and detained  thousands of people, on the basis of unfounded terrorism-related charges. They include human rights defenders, religious minority rights activists, peaceful protesters, journalists, academics, artists, lawyers, opposition politicians and relatives of dissidents forced into exile.

Egyptian security forces routinely subject those in custody to enforced disappearance and torture,  which the UN Committee against Torture concluded to be “a systematic practice in Egypt.” Those disappeared and tortured are then routinely convicted in  grossly unfair mass trials, in some casesbefore military courts.

Since 2014, hundreds have been sentenced to death and dozens executed after trials that rely on torture-tainted “confessions.”  Thousands of others are being held in prolonged pre-trial detention without the opportunity to meaningfully challenge the lawfulness of their detention, sometimes for periods exceeding the two-year maximum permissible under Egyptian law. Even when prosecutors and judges order their release, the National Security Agency (NSA), with prosecutors’ complicity, routinely accuse them of similar charges in new cases to keep them detained indefinitely without trial, in the practise known as “rotation.“

We also share the UN experts  concerns over cruel and inhuman prison conditions, and the deliberate denial of adequate medical care that has led or contributed to preventable deaths in custody and serious damage to prisoners’ health. In 2020 alone, at least 35 people died in custody or shortly after following medical complications. The health and human rights crisis in prisons was further exacerbated by the authorities’ failure to adequately address Covid-19 outbreaks.

We share the High Commissioner’s concerns regarding worrying patterns in the Sinai peninsula of forcible displacement, enforced disappearances, and torture and other ill-treatment of detainees. We note her call to the Egyptian authorities “to recognise that, as in all countries facing security challenges and violent extremism, depriving people of their rights will not make the State safer, but more unstable.”

Discrimination against women and girls remains entrenched in law and practice. The authorities have not only failed to address pervasive sexual and gender-based violence, but have also targeted women’s human rights defenders and campaigners against sexual violence and harassment through arrests, harassment, threats, and other reprisals. The authorities have also used morality and debauchery laws to arbitrarily arrest, detain and prosecute survivors and witnesses of sexual and other gender-based violence, women social media influencers, and LGBTQI+ people  and activists.

This catalogue of serious violations continues as a result of endemic impunity that prevails in Egypt, as highlighted by UN experts and the UN Committee against Torture.

We urge President al-Sisi to order and ensure full implementation of the following recommendations to secure tangible improvements in the human rights situation in Egypt and to ensure that Egypt complies with its international obligations: 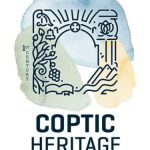 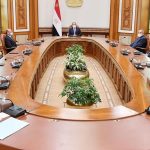