The Coptic Orthodox Church in Canada has approved the designation of the last week of May as an annual Coptic Heritage Week in Canada. The approval was publicised in a statement by the Diocese of Mississauga, Vancouver, and Western Canada; the Coptic Orthodox Patriarchate; and the Diocese of Ottawa, Montreal, and Eastern Canada. It was signed by the respective Bishops: Bishop Mina; Bishop Makar of Sharkia and 10th of Ramadan, and Papal Exarch of Toronto and Area; and Bishop Boulos.

The statement opened with an acknowledgement of the role of the Coptic Church as a beacon of Christianity around the world, founded on a steadfast faith and long history that goes back to St Mark the Apostle in the first AD century.

“Christianity in Egypt,” the statement says, “ is a rich tapestry woven by thousands of threads.” These threads, according to the statement, include the saints and martyrs, also the founding and development of monastic life. They are expressed in Coptic art as in icons, decorative and calligraphic inscriptions; Coptic language and melodies, both of which are extensions of their ancient Egyptian origin; praises, meditations, symbolism; Coptic liturgical rituals, and countless other treasures. “Everyone,” the statement says, “should study that glorious history as it forms an essential chapter in humanity’s heritage.”

According to the statement, Canada is home to some 200,000 Copts who are descendants and representatives of Coptic heritage.

Among the Coptic congregation in Canada, a number of individuals keen on Coptic heritage approached the Council of Bishops of the Coptic Orthodox Church in Canada with a proposal to designate the last week of May as a Week for Coptic Heritage. The statement lists these individuals who come from the various Coptic dioceses of Canada: Hani Tawfilis, Karim Botros, Yoliana Azer, Adel Andrawus, Adel Boulos, Mariam Ishak, and Ramzi Shenouda.

The Council of Bishops unanimously approved the proposal, designating the last week of May a Coptic Heritage Week to be celebrated every year in all the Coptic dioceses in Canada, ending on 1 June, the Global Coptic Day.

Finally, the statement declared that a central committee would be formed under supervision of the Coptic Orthodox Bishops in Canada to coordinate and support the work of subcommittees that would plan and organise the activities of the Coptic Heritage Week in all of Canada’s Coptic dioceses every year.

The idea of a global Coptic day was the brainchild of Egyptian American Copt Nader Anise, a lawyer and marketer based in Florida. It was welcomed by Bishop Youssef of the Southern United States, and approved by Pope Tawadros II. 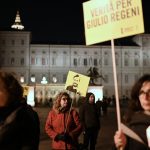 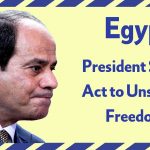