The Olympics is a time for sport and fraternity to be celebrated globally, yet when Egypt’s national football team plays their first Tokyo 2021 game today against Spain, not a single player will be Coptic. This “Copts-free” practice by Egypt is shameful and must come to an end. Coptic Solidarity urges the International Olympic Committee (IOC), the FIFA, as well as the Egyptian Football Association (EFA) and the Egyptian Olympic Committee to end discrimination against minority athletes and to embrace the principles of Olympism in both word and action. These entities all have duties to uphold anti-discrimination policies yet have failed to take any meaningful action for minority footballers in Egypt.

While the IOC has notably concentrated on gender equality, encouraging all delegations to have one male and one female flag holder, this focus on combatting discrimination has not penetrated beyond the superficial within Egypt. Commendably, Hedaya Malak, an Egyptian Tae Kwon Do athlete, will be the first Egyptian female to carry the flag in an Olympic opening ceremony. Given that Egypt has ranked as one of the worst countries for harassment of women, this decision underscores the deep-seated discrimination against religious minorities in that they are considered lesser than a Muslim woman and denied the opportunity to even represent their nation in the Olympics.

The Egyptian Olympic Mission to China and Brazil, in 2012 and 2016 respectively, were completely devoid of Copts; same too the Egyptian National Team at the 2018 World Cup in Russia. Not a single Copt can be found on either the main team, reserve, or youth team. There are currently 540 players in the top-flight soccer clubs in Egypt; only one is a Copt—despite the fact that Copts comprise at least ten percent of Egypt’s population. During the past half-century, an infinitesimally tiny number of Coptic footballers—at most six— have managed to join topflight soccer clubs.

Coptic Solidarity first contacted the IOC and FIFA in 2016 and again  following the publication of a report, Discrimination Against Copts in Egyptian Sport Clubs.  Coptic Solidarity’s report is the first and only extensive documentation of  systematic discrimination against individual Coptic footballers in Egypt.

Due to their lack of action, CS launched three online grassroots campaigns, one targeting FIFA, one addressing the Egyptian Football Association ( EFA), and the third targeting corporate sponsors of the Egyptian national team.

The IOC continues to claim to be working with National Olympic Committees and International Federations to protect athletes from discrimination and abuse. For the Olympics to succeed in its mission, the IOC needs to more forcibly engage its duty and take serious action in cases of overt discrimination. Only this level of international pressure will effect change for Coptic athletes. 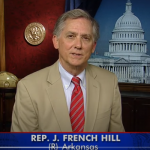 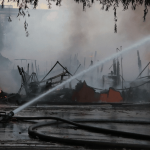