Conventional wisdom teaches that it is important to visit a country like Egypt to understand the dynamics of discrimination and religious persecution. Thus, Egypt is a popular destination for those interested in improving religious freedom in the Middle East. But how useful are such visits?

The State Department and US Commission on International Religious Freedom (USCIRF) visit as part of their roles and this is important for producing their annual reports. But many others visit as a matter of choice and personal interest such as USCIRF Commissioners, Members of Congress and their staff, religious leaders, and NGO staff. Typical for an authoritarian government such as Egypt’s, the message each group hears is that of an well-oiled propaganda machine.

Visitors often think, not without reason, that they will make a real difference for persecuted Copts and the situation of religious freedoms and equality in general. However, after assessing the results and feedback from those who have visited Egypt over the past few years, Coptic Solidarity (CS) has concluded that the majority of these trips only serve to further legitimize the Egyptian government’s treatment of religious minorities as second class citizens. Far too often, these visitors return to the US sounding like spokespeople for the Egyptian government, repeating their narrative and propaganda without having all the facts. The result has been less progress towards Coptic equality and full religious freedom because the Egyptian government has no incentive to improve.

Many of the very leaders who could advocate these improvements have praised insincere rhetoric and limited actions. Some of them are simultaneously advocating religious freedom in the US, raising alarm bells over far smaller religious freedom violations. The outright hypocrisy of trying to determine what level of freedom is “sufficient” for religious minorities in another country, while refusing to accept that same level of freedom for themselves deserves attention.

This issue was crystalized for CS at the second Ministerial to Advance Religious Freedom, hosted by the State Department. Joel Rosenberg (chairman of The Joshua Fund) was invited as a keynote speaker for one of the main sessions. He was the only person during the event to substantively address religious freedom in Egypt. Unfortunately, he gave an inaccurate and misleading speech. Many attendees asked for CS’s response to the speech, and when we published this rebuttal, Joel Rosenberg Delivers Misleading Speech, we privately received thanks and congratulations for publishing it.

Far too many of the Americans who visit Egypt do not have the expertise or requisite cultural understanding to recognize the game that is being played. These trips also further solidify the false idea that Egyptian Church leaders are accurately representing the political aspirations of Copts, rather than hearing directly from the people (which, admittedly, is a hazardous venture in such a police state.)

Sadly, many of the those who visit Egypt already have an ideological agenda and do not evaluate the repercussions of their actions. It is appalling how many of these leaders rely on a minimal sources to prepare for their trips. CS is aware of this fact from speaking with many who have gone on these trips. The result is that too many individuals are willfully unaware just how severe the human rights situation and persecution of Copts is in Egypt right now. Furthermore, those who visit can leave and live in safety. But, what about the “least of these,” the many poor Copts who have no possibility of leaving the country and must live under constant fear and oppression, while others say that they do not deserve any better.

Most groups meet with Egyptian government officials, and sometimes with President el-Sisi. They also meet with Pope Tawadros, Rev. Adrea Zaki, and at times Sheik al-Tayeb of al-Azhar.

Meeting with the Egyptian government should be obvious, but from lowest levels up to the president, visitors will only hear the government narrative. Even if you ask “tough” questions, you will receive misleading responses (as CS has documented over the past 10 years).

Meeting with Religious Leaders may be laudable, but one needs to keep in mind that all religious leaders are under incredible pressure to say that religious freedom is improving in Egypt. Typical responses will point to small cosmetic statements or actions, avoiding the broader picture. These leaders, their communications, and all church activities are closely monitored by security officials. Whether you speak to a church official while in Egypt, or outside of the country, you will still hear a government-approved narrative. Moreover, more Copts living in Egypt, and those who’ve recently left will tell you that church leaders are not representing the situation accurately and have gone so far as to issue false statements after incidents against Copts to minimize awareness of their true situation.

Furthermore, one must consider that when the government only discusses Coptic issues with church leaders, they are effectively not answerable to the broader Coptic population, minimizing their voice in society and limiting their status to dhimmis rather than citizens.  It also places church leaders in the position of power broker, rather than focusing on their spiritual role. This way of addressing Coptic issues has resulted in the situation of Copts deteriorating with more church closures, far more incidents of attacks on Copts, and systematic discrimination.

Meeting with Sheikh al-Tayeb, of al-Azhar may also be beneficial. But while Sheikh al-Tayeb has made some positive statements regarding religious freedom, including signing onto a document with Pope Francis last year, he teaches and promotes an opposite message of hatred and intolerance to Muslim audiences.

Foreign visitors, especially Americans, tend to take people at face value in these types of discussions, not recognizing that deception is not only accepted, but encouraged in Egypt for the protection of Islam and the state. Individuals who do not understand the culture are easily misled. (CS Executive Committee member, Mr. Magdi Khalil, published a report titled, A Glimpse into the Mindset of Sheikh Ahmed al-Tayeb, the Grand Imam of al-Azhar, documenting this double speak utilizing primary sources in Arabic.)

Far too often, American leaders exhibit the “white savior complex,” wanting to propose ways to “fix” problems while often making matters worse and creating unintended consequences. To those who are considering a trip to Egypt to learn more about the Coptic situation and religious freedom, here are some questions to consider:

Bottomline: Although you may be honestly trying to do good by visiting Egypt, unless adequate precautions are taken, you may contribute to a bad situation remaining bad—or to becoming worse! 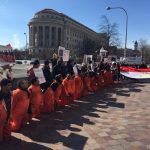 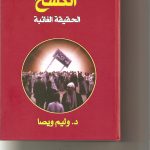 Al Kosheh massacre: How did it turn into a state crime?CS Releases & Articles