While speaking at the 2nd Ministerial to Advance Religious Freedom which Secretary Pompeo is hosting this week in Washington, DC, guest speaker and author, Joel Rosenberg, made a number of statements regarding Copts and the state of religious freedom in Egypt that were inaccurate and misleading. Coptic Solidarity previously published an article exposing how Evangelicals are being used by the Egyptian government in a public relations campaign to convince the West that religious freedom is improving in Egypt despite objective data indicating an opposite reality. Below is a summary of the claims made unchallenged by Rosenberg and Coptic Solidarity’s clarifications.

Some of the claims were:

Several churches have been closed in Egypt since the passage of the 2016 law used to regulate the building and repair of Christian churches and buildings. Ironically, as Mr. Rosenberg was speaking, a new (typical) crisis erupted when Copts of Koum El-Raheb, Minya, were prevented by intransigent Security forces from holding prayers for a deceased person at a church that had been closed to placate Muslims.

The Ministerial to Advance Religious Freedom is an excellent event and this effort to expose Rosenberg’s inaccurate and misleading claims is not intended as a criticism of the Ministerial, its exponential impact in promoting religious freedom, or the many employees and volunteers who made the event possible. Ambassador -at -Large for International Religious Freedom, Sam Brownback, stated that the Ministerial is intentionally brining together a multitude of views to be shared and discussed. Coptic Solidarity wholeheartedly supports the objective and hosting of this new annual initiative. 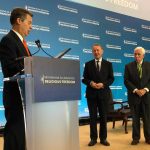 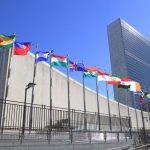