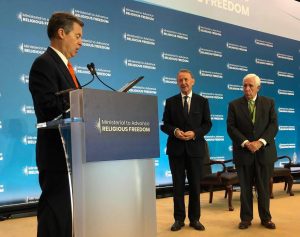 During the latest Ministerial to Advance Religion Freedom, organized by the US Department of State, Ambassador Sam Brownback presented Lord David Alton and retired Congressman Frank Wolf with awards describing them as “the fathers of the freedom of religion and belief movement.”

Coptic Solidarity warmly congratulates the two distinguished awardees, who are among its staunchest supporters. Lord Alton is our Honorary Chairman. 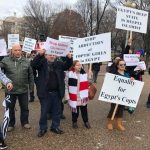 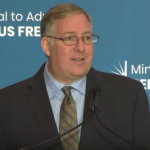