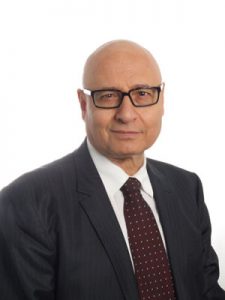 This is the twentieth anniversary year for one of the most serious massacres of Copts in Egypt in the modern era. On January 2, 2000, twenty-one Copts were killed in the village of Al-Kosheh, located 440 km south of Cairo. This heinous crime was not committed by terrorist groups or Islamist organizations that have made it “licit” to shed the blood and seize property of the Copts since the 1970s. It was rather by ordinary Muslim citizens, often among their neighbors, whose brains were washed by the Wahhabi thoughts, distorting their minds, conscience, and their views of the Other that is different from their belief.

I have conducted a four-year investigation during which I met those involved: the families of the victims, eyewitnesses, lawyers; and consulted numerous documents and included the findings in my book “Al-Kosheh: The Absent Truth“. Based on these findings, I can confidently state that the Al-Kosheh massacre turned into a State crime, as a result of large process of collusion by various organs, from the police and security to the judiciary in addition to the media, in order to conceal the facts of the crime and help the perpetrators’ escape from punishment.

This village had been designated, from the administrative point of view, as a town, and was an important economic and commercial center. Since the 1960s it was subjected to an economic and political stranglement because of its rare Christian majority, which constitutes about 75% of its population (25 thousand, at the time of the massacre). Over the subsequent decades, it was excluded from the development process and finally demoted to be a “village.”

Sixteen months before the massacre, specifically in August 1998, an ordinary crime took place in Al-Kosheh, in which two Copts were killed. As it occurred only a few months after the Luxor terrorist attack in which 58 foreign tourists were killed, the local authorities feared that the killing of the Copts would appear as another terrorist crime. The police went to the church asking for help to “designate” a Christian as the killer, rather than investigate and find the real killer.

Given the church’s refusal to “cooperate”, the police launched a brutal campaign, arrested 1014 Copts and, according to a report by the Egyptian Organization for Human Rights, tortured them in many ways in order to extract a confession from any of them at any cost to name a killer. Ultimately, a certain Shaiboub William was convicted and sentenced to 15 years in prison for murdering the two Copts. (The court ignored his lawyers’ subsequent demands for appeal. Suffering the severe injustice, he died in prison after spending most of the sentence.)

In the last week of December 1999, the atmosphere became heated in Al-Kosheh due to an assault on a Coptic cloth merchant. He had declined to sell a cloth to a Muslim man in installments before he paid off his prior debt owed to the store. Later in the day, the Muslim person brought a band of people and beat the Christian merchant. The incident took place in plain sight of the near-by police station officers. Given the policemen’s lack of intervention to protect the Coptic man, many Copts of the village protested against the security forces and the police. Mostly shop-owners, they then removed a number of improvised stalls illegally set-up in front of their stores (and owned by Muslim dealers). Several court and administrative rulings were previously issued to remove these stalls, because they severely impede entry to the shops and threaten their owners’ livelihood, but the fanatic governor would not implement these rulings.

On the eve of Sunday January 2, unknown vehicles drove through the streets of the village and in the neighboring city of Dar es-Salaam. Angry and fallacious claims were made through loudspeakers, that the Copts burned the Al-Azhar Institute and poisoned the water network. The Muslim residents were incited to mobilize against the Copts. Sure enough, brutal attacks against Christians began after Sunday’s mass, around ten in the morning, and lasted until the evening. As the shooting began, the police who had been summoned withdrew altogether, and did not intervene to protect the Christians.

The killings took place in houses and in agrarian fields, where seven Coptic peasants were killed, along with an 11-year-old girl, with bullets in the head. In total, twenty-one persons were brutally killed.

As the massacre went on, the picture in the neighboring city of Dar es-Salaam was terrifying. Fanaticized mobs stormed the homes and stores of Christians. They broke doors of homes and shops, entering forcibly and seizing all what they could lay hands on: furniture, electrical appliances, merchandise, medicines, medical appliances from pharmacies, photocopying equipment, and car spare parts. They plundered as if in a holy war, taking possession of “infidels’ properties.”

The Christians were all terrified. Some hid on the rooftops, while others simply allowed the “conquerors” to plunder whatever they wanted in return for not attacking them. Some lucky ones took refuge at good Muslim neighbors.

After the crime was completed, the investigation was characterized from the outset by a political vision trying to obscure its facts, and investigators did not seek to seriously search for clues or even for the weapons used. Therefore, not a single killer was caught during or after committing any murder, and no single rifle or weapon used to commit any of these crimes. The empty bullets used in killing eight persons in the fields were handed over to the police but did not appear in the investigation reports nor in the trials.

Even forensic medicine department was not honest in their reports on the causes of the killing. Michel Bessada, attorney for the Al-Kosheh victims, said that the head of forensic medicine in the area was seen more than once in the prosecution offices, which is prohibited by law. (It is noteworthy here that Mr. Bessada had to emigrate to Australia after receiving death threats while carrying out his duties in this case.)

The police then randomly arrested 38 of the village Christians as a bargaining chip towards the release of 98 Muslims arrested.

In the trial, it seemed clear from his behavior that the judge had harbored bias towards those accused. It took him barely five days to hear witnesses of denial and evidence. Then, in an inappropriate theatrical move, he invited the eldest Muslim and Christian defendants to exchange kisses in the courtroom in what he called a show of “national unity.” He then issued a decision to release all the defendants, especially those whose hands were known to have been contaminated with the blood of the victims. At the end of the trial, he issued a verdict to acquit all the murderers; two Muslims were sentenced to two-year prison for the accidental killing of another Muslim during the events in Dar es-Salam.

The Appeals Court also acquitted the defendants on February 27, 2003. The court indicated, however, in its reasoning for judgement, what constitutes an explicit condemnation of the police and the prosecution, due to “the failure of catching any of the perpetrators of these crimes in flagrante delicto and to seize any weapons, tools or stolen goods despite the fact that the case documents were filled with facts of murder, fire, and thefts (…) The public prosecution excluded many of the reported incidents and did not assign the related accusations to specific persons despite being accused by the concerned parties. (…) The unjustified delay in reporting incidents and thefts given the proven presence in the vicinity of the security forces and the public prosecutors since the outbreak of the events (…)”

After the acquittal ruling by the Court of Appeal, Pope Shenouda III said, famously; “in front of such injustice, we appeal the ruling to God alone.”

President Mubarak did not hesitate to accuse the Copts abroad of manipulation because of their angry reactions. He said, “It is a ridiculous to claim that there is a dispute between Muslims and Christians in Egypt, given that the incident was purely criminal”.

As for the Egyptian media, all of them – with rare exceptions – contented themselves with repeating the false official account of this massacre. They effectively served as a tool of political propaganda of the state agencies.

Thus, all agencies of the Egyptian state, from the bottom to the summit, colluded in the affair. From the police, investigative bodies and the judiciary to the parliament (that did not bother to tackle the issue) and the media; they collectively colluded to conceal the reality of the crime and to ensure the escape of the perpetrators from punishment. The massacre committed by citizens, whose brains and conscience were washed by Wahhabism and hatred of the Other, ultimately turned, by all accounts, into a State crime.

Dr. Weessa is the author of “Al-Kosheh: The Absent Truth” (Ar.), published in Cairo, in Nov. 2004, with subsequent reprints in the following years.

This article was translated from Arabic by CS. 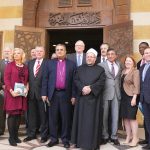 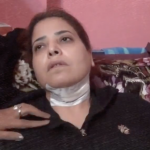