Today 12 September 2019 coincides with the first day of the Coptic month of Tut, the first month of the Egypt​i​an New Year 6261 and the Coptic New Year 1736.

New Year Day is celebrated on 12 September every four years, marking a leap year. Otherwise, for three successive years it ​h​ails on 11 September. The “6261” was calculated by Egyptologists, based on ancient writings that denote when the first calendar was instated in Egypt. The Coptic calendar is the same EgyptIan one, but begins with the AD year 284. That was the year the Roman Emperor Diocletian ascended the throne and initiated the worst persecution Egypt’s Christians had known; thousands of them were martyred for their faith. So much so that the Copts marked that year as the beginning of their calendar.

The Egypt​i​an year is a solar-based one that begins with the appearance of the star Sirius on the horizon at sunrise. The year is divided into three seasons of four 30- day months, based on the annual Nile flood and consequent agricultural activity: the inundation, cultivation, and harvest seasons. A ‘short’ month of five days in a simple year and six days in a leap year finishes off the year. The months are named after the ancient Egyptian gods.

The calendar continued to be in use till the mid-19th century when Khedive Ismail, Egypt’s ruler, abandoned it in favour of the internationally used Gregorian calendar. Egypt’s farmers and peasants, however, continue to use it to this day since it closely relates to their main activity of agriculture. And the Coptic Church uses it as the base of all its liturgical services, saying specific supplications in Mass during each season, asking the Lord to bless the Nile waters, the plants and crops, and the winds.

Today, the New Year is marked only by the Coptic Church. There are calls by many Egyptian intellectuals to proclaim the day a national occasion. Several non-official events are held to celebrate it, emulating ancient Egypt​i​an celebrations of the New Year held on the Nile banks.

Copts uphold the tradition of feasting on red dates which are then in season. The red symbolises the blood of the persecuted martyrs, the white heart of the date reminds of their pure hearts, and the hard stone their steadfast faith.

In Church, a celebratory Mass is held, with the refrain to the traditional praise sounding: “Crown this year with the blessings of Your goodness.” Amen. 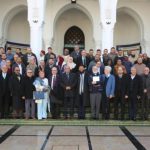 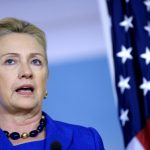 Hillary’s 2011 deal with the Organization of Islamic CooperationSelected Opinion