The attacks carried out by Islamic terrorists on September 11, 2001 in New York, Washington and Pennsylvania were an attack on “freedom itself,” then-President George W. Bush said.

“America was targeted … because we’re the brightest beacon for freedom and opportunity in the world … I ask for your prayers for all those who grieve … I pray they will be comforted by a power greater than any of us spoken through the ages in Psalm 23: ‘Even though I walk through the valley of the shadow of death, I fear no evil for you are with me.’ ”

Historian and author Bill Federer noted that Islam’s war on Christianity and Western civilization goes back centuries and continues to this day. However, it was boosted by then-Secretary of State Hillary Clinton’s support of criminalizing speech insulting Islam.

“By definition, the Christian Gospel insults Islam. If someone in a Shariah controlled country proclaims Jesus Christ more than a prophet — but also the Son of God who died on the cross to pay for the sins of the world — it would mean the death penalty,” Federer wrote.

Article 18 of the UN Universal Declaration of Human Rights states: “Everyone has the right to freedom of thought, conscience and religion; this right includes freedom to change his religion or belief.”

This, Federer noted, “conflicted with Islamic Shariah law which imposes the death penalty for anyone leaving the Islamic religion.”

The UN’s rights declaration was rejected by leaders of 57 Islamic countries who formed their own group called the Organization of Islamic Cooperation (OIC).

In 1990, Federer noted, OIC passed the Cairo Declaration on Human Rights in Islam, affirming Shariah law as supreme, including the death penalty for those leaving Islam; punishing women who are victims of rape; allowing men to be polygamous; permitting wife beating; and censoring speech insulting Islam.

At the end of the meeting, OIC Secretary General Ekmeleddin Ihsanoglu stated:”The Istanbul Process initiated with Secretary of State Hillary Clinton … must be carried forward.”

Clinton said: “We now need to move to implementation.”

Stevens was killed with several others in the Benghazi terror attack on September 11, 2012.

The night of the attack, Clinton’s State Department blamed a video and “shortly after sent memos to YouTube and Google recommending they censor speech insulting Islam, consistent with promises made at the OIC Istanbul Process meeting,” Federer wrote.

At the UN General Assembly on Sept. 25, 2012, then-President Barack Obama said: “The future must not belong to those who slander the prophet of Islam.”

Requests made by Judicial Watch through the Freedom of Information Act (FOIA) revealed emails noting that, during the Obama administration, weapons were being moved from Benghazi in a “Fast and Furious” gun-running style program to arm Muslim fighters in ousting Syrian leader Bashar Assad.

“This is part of a larger plan remove current leaders in order to re-establish an Islamic Caliphate,” Federer wrote.

“When Russia came to Assad’s defense, the Muslims armed and trained by the U.S. attacked into Syria and Iraq, calling themselves ISIS, and proceeded to torture, rape, behead and displace hundreds of thousands,” Federer wrote.

On September 13, 2001, President Bush stated: “In the face of all this evil, we remain strong and united, ‘One Nation Under God.’ ” 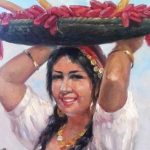 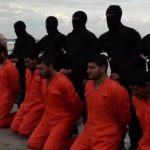 The 21: A Journey into the Land of Coptic MartyrsSelected Opinion