“Egypt’s version of the Hippocratic Oath, which all of the nation’s doctors — both Muslim and Christian — are required to take, contains wording that is not unlike the Islamic confession of faith.”

This new reporting comes from Coptic Solidarity, a human rights organization dedicated to ameliorating the plight of Egypt’s Christian minority. The significance of this development is significant: critics are arguing that anyone required to recite the oath — including Christian physicians — will be compelled to become de facto Muslims.

Whereas much of the oath is salutary-sounding and makes mention of Allah — which is standard for Arabic-speaking Christians who also refer to “God” as “Allah” — at the very end of the oath (published in full on the Arabic site Masrawy), reciters acknowledge “Allah and his Prophet.” The Islamic contour of the oath is evident in other ways; for instance, it refers to “the Believers,” which is synonymous with “the Muslims.”

For a Christian to confess Muhammad as the Prophet of God is problematic on several levels.

For starters, such wording is not unlike the shahada, the Islamic proclamation of faith: “There is no god but Allah and Muhammad is the Messenger of Allah.” Sharia law dictates that any non-Muslim who recites this simple sentence before Muslim witnesses becomes Muslim — with no turning back, no “apostatizing,” without penalty.

It is for this reason that Christians and other monotheists living under Muslim authority have been willing (sometimes grudgingly) to recite the first part of the shahada — that “There is no god but Allah” — but have been adamantly unwilling to recite its latter half, that Muhammad is God’s prophet or messenger. Whoever acknowledges that Muhammad did indeed deliver God’s message to mankind — via the Koran and Sunna — must, by logical extension, also follow it. That is, must be considered Muslim.

Past and present, there have been many Christians who, for whatever reason — from fiscal and social inducements to mere threats — have uttered “the words” (as the shahada is colloquially known), and then tried to return to Christianity, only to be killed.

According to Coptic Solidarity’s Adel Guindy, an expert on the history of Christian/Muslim relations in Egypt:

This Islamized Oath, required to accredit new doctors, was introduced in the 1980s when the Doctors Syndicate was overtaken by the Muslim Brotherhood and other Islamists. Christian doctors vehemently complained, but Mubarak’s regime turned a deaf ear, in order to placate the Islamists.

More recently, and more problematic for Christians, Egypt’s Minister of Heath Dr. Hala Ziyad — newly appointed by president Sisi — has just “issued a decree that requires doctors in all health establishments (hospitals, clinics, etc.) to recite the oath on a daily basis, so that all hospitalized Egyptians hear it.”

Not only is this even more objectionable for Christian doctors, but it will increase the chances of Christian doctors falling afoul of more zealous Muslim colleagues or patients, who, on hearing a Christian professes Muhammad as Allah’s apostle, will no doubt harass the physician to follow through and embrace Islam.

Only those unacquainted with the fanaticism that permeates Egyptian society — where rumors of churches being built or just repaired often prompt mass upheavals and deadly riots — will deem such a scenario as farfetched.

_______________________
Photo Credit: A victim is seen on a stretcher after a bomb went off at a Coptic church in Tanta, Egypt, April 9, 2017. (Reuters/Mohamed Abd El Ghany)
https://pjmedia.com/homeland-security/egypts-hippocratic-oath-could-force-christian-doctors-to-unintentionally-become-muslim/ 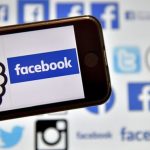 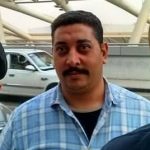