The impact of years of heightened religious tension between Copts and Muslims is evident even from Egypt’s national football team.

When cafes across Egypt flood with excited supporters this month to watch the national team take part in a World Cup for the first time since 1990, there will be a sense of frustration among many of the country’s Coptic Christian footballers who claim only Muslims get to play.

One former player, Mina Bendary, 22, from Alexandria, gave up on his dream of becoming a professional player in 2015 due to what he perceives as religious discrimination. He says that having a Coptic Christian name proved an obstacle to cementing a place in the first team after joining Al Ittihad, an Alexandria-based Premier League club, three years earlier.

“Christians simply don’t play in professional football clubs in Egypt,” he said. “I was told by club officials to change my name in order to play professionally.”

Egypt, the most successful team in Africa Cup of Nations history, will line up against Uruguay on June 15 for their opening match of the tournament in Russia without a single Christian even in the squad, let alone the starting XI. The outlook at domestic level is no better; there are no Copts presently playing in the Egyptian Premier League, even in the country’s biggest clubs, such as El Ahly and Zamalek – a remarkable statistic given that around ten per cent of Egypt’s population is made up of Copts.

Their absence at a professional level is “not an impossible statistical anomaly, but a product of deep-rooted discrimination that exists in the administration of football in Egypt and in Egyptian society at large”, according to Coptic Solidarity, a US-based organisation dedicated to achieve equal citizenship for Egypt’s Coptic Christians.

In April, the former Egypt international and Tottenham Hotspur striker Ahmed Hossam, better known as Mido, who is a Muslim, publicly addressed the issue of religious discrimination young and talented football players face in Egypt.

During an interview on Egypt’s DMC Sport channel, the former Zamalek manager said: “How is it possible that in the history of Egyptian football there have only been five Christian players in the top level [Egyptian Premier League]?. There are Christian players who stop playing at a young age because of the discrimination by some of the coaches.”

In recent history, Hany Ramzy, who played for Egypt between 1988 and 2003, is the only Coptic Christian to have represented the national team. Among the other Copts playing at the highest level of domestic football in Egypt are Ashraf Youssef, who played for Zamalek during the 1990s, Nasser Farouk, who played for Ghazl El Mahalla until 2013, and Mohsen Abdel Massih, who played for Ismaily in the 1980s.

Mido went so far as to propose a radical new rule that would force Egyptian clubs to include a certain quota of Coptic Christians in their squad, making the sport more inclusive.

In 2010, the Egyptian striker, who had a reputation for hard partying, clashed with Hassan Shehata, a Muslim and the former Egyptian national coach, after he was initially cut from the national team selection for the African Cup of Nations in Angola because he did not live up to Shehata’s pious ideals.

Shehata, who led Egypt to three successive victories at the African Cup of Nations Championships in 2006, 2008, and 2010, was quoted in Egyptian media saying skill alone won’t guarantee a player a place on the national team.

“Without [piety], we will never select any player regardless of his potential,” Shehata said. “I always strive to make sure that those who wear the Egypt jersey are on good terms with God.”

After heavy criticism, he later retracted his comments in a BBC interview.

Today, Bendary can be found training young “rejected” Coptic players like himself at his academy which he named “Je Suis”, which translates from French to “I am” – the famous hashtag which went viral as a show of solidarity following the Charlie Hebdo attacks in Paris in 2015.

The academy, which he set up three years ago, provides both Christian and Muslim players between the ages of five and 30 with the opportunity to improve their skills, play in a team and, if they possess enough talent, prepares them for clubs in the Egyptian league.

“I established Je Suis Academy primarily to help young talented Coptic players realise their potential despite the injustices and frustrations they suffer,” Bendary said. “Although it includes Muslim trainees, the turnout of Christians is much higher because they know I understand firsthand the difficulties and discrimination they have faced in football, even when they are lucky enough to be part of a team.”

Among the trainees is Mina Samir – nicknamed Ronaldo because of his resemblance to the Portugal and Real Madrid forward, Cristiano Ronaldo – a 17-year-old who had experienced rejection many times before joining the academy.

The midfielder said he applied to Premier League clubs Alassiouty, based in Beni Suef, Suez-based Petrojet, and El-Nady El-Ismaily, in Ismaïlia but claims he was turned away because of his Christian name.

He said: “I have been playing football since I was 12 and started applying then. My first experience was at El-Ismaily. The coaches there told me they were impressed by my performance. But as soon as I told them my name is Mina . . . they said they would call me back. I never got that call.

“Last year, I applied at Petrojet. I was the only player wearing yellow trainers while we stood in line during the trial. The coach called out to me ‘the one wearing the yellow trainers, what’s your name?’ So I told him ‘Mina’ and then he quickly diverted his attention away claiming he meant the player standing next to me. The player next to me was wearing black trainers. It was then I knew I wouldn’t make the cut after his sudden shift in the way he treated me.”

He added that his brother, Abanoub Samir, now 21, faced the same scenario when he applied to join Al Ittihad when he was 16.

“Officials told him to change his name to ‘Mostafa Ibrahim’ – a Muslim name. But he refused and so didn’t get the contract,” Mina Samir said.

Samir is not alone in feeling that his religious status has hindered his hopes of becoming a professional player. George Murad, 24, nicknamed “Torres” after the Spanish footballer Fernando Torres, said he unsuccessfully attempted to lodge a complaint when he was told to change his Christian name.

“It’s very difficult in Egypt to prove religious discrimination because it’s often not explicit,” he says.

These feelings of discrimination stem from years of persecution and heightened religious tensions between Copts and Muslims in Egypt. Christians in the country often complain of being overlooked for jobs or promotion. It is difficult for Egyptians to conceal their religion because it is stated on individuals’ national identity card.

Few Christians hold positions of authority in the government – only one of the 36 government ministers is Christian, and there are no Christian governors, even in Christian-majority areas, according to a recent report by the United States Commission on International Religious Freedom (USCIRF).

In addition, human rights groups reported more than 120 sectarian attacks in 2017, including mob attacks against Christians and churches, while the lack of effective prosecution of perpetrators remained a serious concern. In addition, a series of bombings by affiliates of the terrorist group ISIS targeted churches and Christians, resulting in almost 100 deaths.

Earlier this year, the organisation published 44 questions to the Egyptian parliament highlighting issues of discrimination and persecution in various institutions including football clubs.

In the wake of the 2016 Rio Olympics, the organisation submitted complaints to the International Olympic Committee (IOC) and Fifa, urging the governing bodies to investigate allegations of religious discrimination.

Of the 122-strong delegation of Egyptian athletes sent to the Rio Olympics, there were no Coptic Christians, the same number who participated at the London Games. Coptic Solidarity was also concerned that not a single Egyptian Christian player or coach can be found at any club in the country’s top football division.

Coptic Solidarity says Fifa only responded last month – two years after the original complaint – and only to request more information.

A Fifa spokesperson said: “We showed our concern and asked Coptic Solidarity to furnish us with more background material.

“Once again, Fifa has also stressed its zero-tolerance policy towards every form of discrimination in global football and committed to ensure that this matter is investigated in the proper manner.

“On 27 April, Coptic Solidarity said they will provide Fifa with an updated report further detailing this matter. Fifa is waiting to hear back from them and will then be in a position to analyse the facts and decide on the next steps.”

In response, Madgi Khalil, a board member of Coptic Solidarity and prominent political analyst appearing in Middle East broadcast news, said he is finalising an updated report to submit again to Fifa.

Alassiouty Sport Club denied all allegations of discrimination and inequity in all respects saying it “maintain a professional world-class methodology that is neutral to all types of differentiation factors”.

Saif Alassiouty, the club’s chief executive officer, said: “We currently have four Egyptian junior players, and three foreign professional players who are Christians. According to privacy policies, we can’t reveal our Egyptian players details until we get a confirmation from their parents.”

The Egyptian Football Association, Al-Ittihad Alexandria and El-Nady El-Ismaily were all contacted for comment but did not respond to allegations made against them.
____________________
https://www.newstatesman.com/politics/sport/2018/06/i-was-told-change-my-name-play-professionally-plight-egyptian-christians 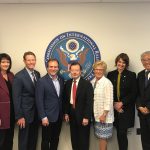 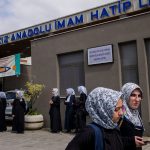