A touching news story surfaced a few days ago, briefly casting a flicker of light across Egypt’s shadowy heartland.

The report applauded the Egyptian government’s recent efforts to provide solace and a sense of solidarity to Egypt’s long-suffering Coptic Christians.

It described a new cathedral that has been constructed and consecrated — at the state’s expense — as a memorial to 21 Coptic Egyptians who were slaughtered by ISIS on a Libyan beach just three years ago.

Asia News explained: “Three years after the massacre of the 21 young Copts, a cathedral for the ‘martyrs of the faith’ was built and consecrated in Al Ur, in Upper Egypt. The remains of the victims, found in a cave in Sirte, after DNA testing, will be on display on the ground floor of the building…

“The Cathedral of the Martyrs of the Faith was built by a group of engineers of the Egyptian Armed Forces, paid for by the government, on an area of 4 thousand square meters, at a cost of about 10 million Egyptian pounds (about 45,700). It was built on two floors: a ground floor, where the remains of the martyrs will be housed…The upper floor instead is a chapel.”

Who could forget the horrifying images that ISIS broadcast across the world, propagandizing the last, gruesome moments of those young men’s lives? They were faithful believers who died with a prayer on their lips.

The president of Egypt, Abdel Fattah al-Sisi, upon hearing about the massacre, sent jet fighters to bombard jihadi strongholds where the terrorists were believed to be hiding.

It was further reported that Egypt was providing pensions for the victims’ survivors, to replace their loved ones’ meager earnings in Libya.

For those of us who pay special attention to countries where Christians are persecuted for their faith, Egypt is never out of sight for long. Copts, as well as other Christian denominations, often face various forms of discrimination, vandalism, violence and — all too often — bloodshed, massacre, and death.

According to Open Doors World Watch for 2018, Egypt is number 17 among the world’s worst persecutors of Christians.

The news about the memorial church is, on one hand, encouraging. It is gratifying to see the lengths that President Sisi’s government went to in honoring the massacred Coptic Christian men. And it’s not the first time Sisi has made a personal effort to stand with the Copts, usually on holidays or following the frequent bloodbaths that take place all too often in Egypt.

However — and this is a big however — the complex and frustrating nature of Egypt’s “religious freedom” continues to darken the lives of millions of faithful Egyptian believers.

Another related story appeared at almost the same moment as the cathedral report. In 2017, 28 Copts were shot dead in a terror attack in al-Edwa, Minya, as they made their way to a pilgrimage site. Afterwards, a memorial was erected at the spot where the mass shooting took place.

Then shockingly on February 12, the city council of al-Edwa issued orders to demolish the memorial. Not only were 28 Coptic Christians dead, their names were about to be erased from public view. This incident speaks volumes about a very widespread loathing of Christians and Christianity, particularly among Islamists. Fortunately, according to the Persecution.org newsletter, “Minya Governor, Essam al-Bedeiwi intervened to contain a crisis…” He ordered that the demolition of the memorial be halted, at least temporarily.

The fact is that although President Sisi’s efforts in in reaching out to Egypt’s Christians may be genuine, far too much is left undone. A writer for Coptic Solidarity put it this way, “[I]t may be understandable that Sisi cannot eliminate terrorism — after all, terrorists operate surreptitiously and work ‘in the shadows.’ [But] what about the fact that his very own government (police, local authorities, courts and judges) is openly biased against the Copts — and right under his nose?”

One of the most frustrating forms of widespread discrimination against Christians in Egypt is the unwillingness of governmental offices to provide permits for building churches or to legalize alternative gathering places.

A Coptic newsletter explains, “After waiting 44 years, the Christians of Nag Shenouda were issued the necessary permits to build a church in 2015. According to a report, local Muslims rioted and burned down the temporary worship tent. When a Christian tried to hold a religious service in his home, a Muslim mob attacked it. Denied a place to worship, the Christians of Nag Shenouda celebrated Easter in the street.”

Nina Shea, my colleague at Hudson Institute’s Center for Religious Freedom, is equally dissatisfied with the precarious circumstances of Egypt’s Christians, who make up about 10 percent of the country’s population. She maintains the one way to initiate change is to provide the legal licensing and authorization for churches to exist in peace.

“Over 3,000 Egyptian churches, of all the major denominations, have been waiting for legal recognition for years, even decades,” Shea explains. “Without licenses, they are vulnerable to attacks with impunity and arbitrary penalties.

“President Sisi needs to make this happen if some 9 million Egyptian citizens are to have the basic rights of religious freedom. The new cathedral is moving and important symbolically. But it is not sufficient.”

Lela Gilbert is an internationally recognized expert on religious persecution, an award-winning writer, and an adjunct fellow at the Hudson Institute who lived in Jerusalem for over a decade. Her book “Saturday People, Sunday People: Israel through the Eyes of a Christian Sojourner” received wide critical acclaim. She is also co-author of “Persecuted: The Global Assault on Christians,” and “Blind Spot: When Journalists Don’t Get Religion.” Follow her on Twitter @lelagilbert. 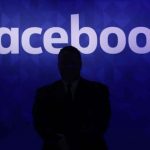 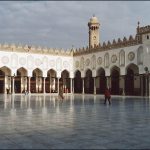