Editor’s note: Magdi Khalil, an Egyptian-born human right’s activist and Copt now living in America, explains how he escaped Egyptian-style terror only to suffer from a sort of Facebook Terrorism.  In the Arab world, Khalil is a well-known political analyst and prolific writer who frequently appears on Al Jazeera, where he debates dictatorial and radical Islamist opponents. 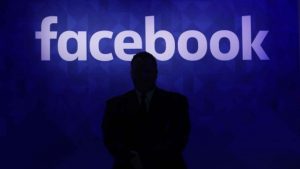 My name is Magdi Khalil, I am an American citizen and a resident of Virginia. My Facebook page can be found here.

I currently work as an analyst researcher at an American institution. For over 20 years, I have been a well-known commentator on Middle Eastern affairs and the executive editor of international pages for a Cairo-based newspaper. I also made more than a thousand TV appearances as a political commentator on various programs broadcast on Middle Eastern TV channels. I have published more than 2,000 articles and research, and authored a number of books. While most of my published work is in Arabic, I have also published many articles in English.

Given my strong advocacy for human rights and the rights of religious and ethnic minorities in the Middle East, and my outspoken stance and writings against Islamic terrorism, I naturally attracted the ire and hostility of Egyptian and Middle Eastern intelligence agencies, as well as extremist Islamic groups. My activities, including my Facebook page, became a favorite target for those agencies and groups, which have at their disposal electronic “militias” working to flood Facebook Administration and other social media with a deluge of false complaints against their perceived opponents.

Unfortunately, I have had to deal with this issue repeatedly. Furthermore, I suspect that there may be some staff members in Facebook Administration, particularly in Middle East-based offices, who support these entities and target their opponents.

My experience with Facebook can be summed up as follows:

I am a US citizen, protected by the US Constitution. Everything I have posted, since I first signed up for my Facebook page, can still be accessed, and none of it violates US laws or Facebook rules. This falls under the freedom of opinion and speech, which is protected by the First Amendment to Constitution in the United States, as well as by international laws and human rights instruments. Being the director of a human rights center in Washington and a public figure, I hold myself accountable ethically and legally for everything I post on Facebook. If anyone takes issue with my writings, they can go to court, and I am ready to defend every word I wrote.

As a researcher and human rights activist, I see, to my great amazement, thousands of pages on Facebook full of hatred and incitement to violence against Christians, Jews and women in the Middle East. However, these pages are left undisturbed, while Facebook Administrators go after a human rights activist for posts wrote in support of human rights and freedoms, and to counter global terrorism which poses a threat to the whole world!!

I feel that I have been subject to a form of “intellectual terrorism” targeting thinkers, writers, and human rights activists, and meant to thwart activism, and undermine the role they play in defending the oppressed, especially in regions such as the Middle East. It seems there are deliberate acts leading to imposing the Middle East standards of tyranny and fascism to social media.

I have left Egypt to escape religious persecution and the restrictions that crippled my freedom to write and express my opinion, and I would not see my freedom suppressed in the United States, the land of the free.

I would like to reaffirm that I hold myself ethically and legally accountable for every word that I wrote. If anyone takes issue with what I write, they can seek legal action, and I have full confidence in the American justice system. 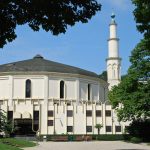 Is the West finally pushing Saudi Arabia to squelch its version of radical Islam?Selected Opinion 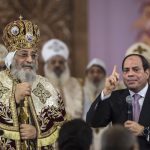