The introduction of H RES 673 ([i]) seems to have flustered the Egyptian government and sent them scrambling to issue a response. Since the resolution was introduced by Congress, the Egyptian government has taken to insulting, belittling, and personally vilifying ([ii]) members of the US Congress and Coptic Solidarity ceaselessly.

An Egyptian government public relations official, having neglected to do even the most basic research into the issue, has attempted to mislead the public by claiming that the objective of the resolution is to “punish” Egypt for its “heroic role” in opposing the announcement of moving the US Embassy to Jerusalem. Egyptian media have been reiterating the assertion ever since, without verifying these claims.

Little do they know that:

The press conference never transpired, but on Jan. 21, the memo ([iii]) was released in Arabic. The first observations of this memo highlight the following:

The issues of discrimination and persecution cannot be addressed until the problem is actually acknowledged. Sadly, the only problem that the Egyptian government and the various institutions (including the parliament) appear to be concerned with is what they term a “Tarnishing the Reputation of Egypt” by human rights activists. Until the Egyptian government is willing to stop its current strategy of denial and obfuscation, and admit to the root problems, little can be done. Instead they use their energy and resources to conceal and silence the voice of anyone who dares to speak out or advocate for equality and human rights for Copts in Egypt.

The “memo” remains extremely superficial and insubstantial regarding the specifics. In order to “help” the parliament and the various institutions, especially the president who is supposed to be the ultimate guarantor of the rights of all citizens, here are some questions to help the Egyptian authorities look for answers and solutions:

These are simple questions, among others, that require simple answers. All we ask for is the truth from the Egyptian government and Egyptian parliament. In the face of undeniable facts, the continued denial of Coptic persecution is simply absurd.

_____________________
Photo Credit – An Egyptian Coptic Christian woman on July 24, 2016 sits in the rubble of a makeshift chapel that was torched a few months ago during clashes in the Egyptian village of Ismailia © AFP / Khaled Desouki 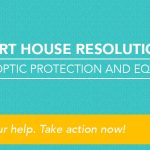 Change for Copts is coming. All we need is YOU.CS Releases & Articles 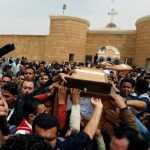