The group uses violent means when necessary to advance its Islamist agenda.

Hopes that the Trump administration will designate the Muslim Brotherhood as a terrorist organization have hit rough waters, with anonymous officials citing concerns about diplomatic blowback and frayed relationships with Muslims at home and abroad. The leaks come on the eve of a historic visit to Washington by Egyptian president Abdel Fattah el-Sisi, a key Arab ally and devoted Muslim who is locked in a life-or-death struggle with the Brotherhood.

The irony is hard to miss, particularly given that Egypt and several other Arab countries have already designated the Brotherhood a terrorist organization.

Whatever the truth behind the leaks, they underscore that the inside-the-Beltway conventional wisdom — that the Brotherhood is “moderate” and so popular that designation would be seen as “a declaration of war against . . . Islam itself” — will not die as easily as many hoped.

This thinking is rooted in a failure to understand the difference between Islamists — a sizable but distinct minority of Muslims who adhere to a totalitarian religious ideology — and the moderate majority of Muslims, who are our friends and allies. President el-Sisi, who has publicly called out extremism to clerics in Egypt, understands this. After all, Egypt is not the only state in which the Brotherhood engaged in attempts to kill its way to power. It did the same in Syria in the early 1980s.

Despite the Brotherhood’s long history of bloodshed, claims that it is “moderate,” or opposes violence, are still prominent. While above-ground Brotherhood organizations use peaceful means when effective, they are “prepared to countenance violence . . . where gradualism is ineffective,” as a 2015 report by the British government noted with significant understatement.

Claims that designation will complicate U.S. relationships with certain Arab allies are overblown. While it is true that some allies, such as Jordan, have Muslim Brotherhood–affiliated parties represented in their parliaments, this is easy enough to finesse. Members of Hezbollah, a U.S.-designated terrorist organization, have long served in Lebanon’s parliament, but American diplomats manage to avoid contact with them and still do business with the Lebanese.

Moreover, failure to designate the Brotherhood complicates some alliances. The Egyptian public has grown deeply suspicious of the U.S. government precisely because under Obama the U.S. came to be seen as overly sympathetic to the Brotherhood. When Senator Ted Cruz introduced the Muslim Brotherhood Terror Designation Act, many Egyptians saw it as a sign the U.S. may be waking from its long slumber. A tweet introducing the bill was the subject of a segment by popular Egyptian talk-show host Amr Adib and was retweeted 17,000+ times.

Domestically, in the wake of Trump’s admittedly troubling comments suggesting a “Muslim ban” during his presidential campaign last year, some fear that designation will fuel anti-Muslim bigotry and pave the way for “a legal assault on the institutions of American Muslim life.” After all, several organizations claiming to represent U.S. Muslims, particularly the Council on American–Islamic Relations (CAIR), have deep Muslim Brotherhood ties.

But groups such as CAIR are hardly “institutions of American Muslim life” — they’re just pretending to be. A 2011 Gallup poll found support for CAIR among U.S. Muslims to be just under 12 percent. Britain’s inquiry into the Brotherhood found that its activists in the U.K. “appear to be unable to generate any grassroots support.”

Frankly, however, if public support for CAIR were higher, that would be all the more reason to be concerned. Notwithstanding its carefully crafted public image, CAIR was named an unindicted co-conspirator in the 2007–09 Holy Land Foundation terror-finance case, and was blacklisted by the FBI as a result. Unfortunately, the Obama administration failed to aggressively continue an FBI investigation into CAIR after it conspired to fund terrorist-designated organization Hamas, the Palestinian wing of the Muslim Brotherhood. Indeed, the United Arab Emirates has declared CAIR itself a terrorist organization.

Trump’s rhetorical excesses cannot be understood without recalling the Obama administration’s refusal to name the problem. Using euphemisms such as “violent extremism” and feigning puzzlement as to the motives of obvious jihadists made the administration’s rhetoric concerning terrorism a national joke. In both the U.S. and Europe, when elites insist that voters must believe them, rather than their own “lying eyes,” the voters turn sharply in the opposite direction. The cure for Trump’s rhetorical excesses is increased security, not denial.

Trump laid out a number of smart proposals on radical Islam during his campaign. His administration should now use President el-Sisi’s visit to move forward with these ideas. In particular, it should follow up designation of the Brotherhood with the formation of a congressionally authorized commission on radical Islam tasked with developing a strategy for winning the war against Islamic extremists and explaining the threat of Islamism to the American people. Both are badly needed. Wrongheaded conventional wisdom won’t keep Americans, or our Muslim allies, safe.

Clifford Smith is the Washington project director for the Middle East Forum. 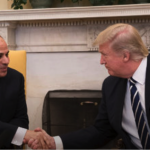 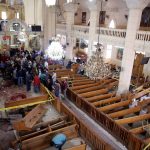