Introduction
President Abdel Fattah el-Sisi hosted an event in the New Administrative Capital on September 11, 2021 concerning  the launch of Egypt’s new National Strategy for Human Rights (2021 – 2026). Mr. el Sisi touted this strategy as the first “integrated strategy that promotes the principles of the new republic and Egypt’s development vision.”

Certainly, any initiative to enhance the dire human rights situation in Egypt is most welcome. If the protection and promotion of human rights only depended on positive rhetoric, then Egypt’s new human rights strategy would appear to be positive. Below, Coptic Solidarity has provided a review of President el-Sisi’s speech, expressing our critique of this plan and concluding thoughts.

Coptic Solidarity welcomes any initiative aimed at improving human rights conditions in Egypt, provided that it is genuine and is linked to specific and prompt actions, coupled with quantifiable benchmarks.

However, president el- Sisi’s speech and the propaganda-type event where it was delivered is – as demonstrated above – clearly aimed at “foreign consumption.” Given the heightened level of international criticism of Egypt’s harrowing human rights record, it appears that Mr. el – Sisi has been (ill-)advised by his aids and public relations companies to mount this show, use progressive buzzwords that appeal to a Western audience, and make vague promises for the future—all while keeping his brutal policies of repression intact.

As CIHRS recently commented, “The country’s abysmal human rights situation is the consequence of brazen disregard for the rule of law, including a lack of political will on the part of the president to respect human rights. President el-Sisi has repeatedly expressed his contempt for universal human rights enshrined in international conventions ratified by Egypt, citing Egyptians’ supposed lack of  human rights culture and awareness relative to Westerners”

When president el-Sisi refers to this “luminous” moment in Egyptian history, he is completely out of touch with the reality he has overseen. There has been near shuttering of civil society, the curtailment of free speech and imprisonment of numerous journalists and activists, impunity and increased attacks on the indigenous Copts and their properties, increased trafficking of minority Coptic women, and a revolving system of arrest and detention of many thousands of innocent civilians.

One other serious concern is that this strategy document covers a very wide range of domains making human rights, in the traditional sense, very diluted so that they appears marginal and, consequently, abuses—however serious—are considered secondary amidst other socio-economic issues.

We believe that Egypt must first implement the most basic of reforms in order to end state enforced human rights violations. If there is a political will to change course and enact a new strategy of human rights, the least to do would be to take immediate credible goodwill steps, such as: 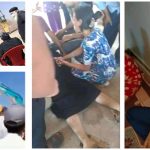 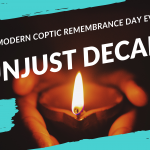