According to a recent Arabic language report, on September 7, yet another Coptic Christian prayer hall was demolished in Egypt.

Copts in the village of Bastra in Damanhour, who number over 500, were not permitted to have a church, so they decided to build a building, not to be used as a church, but as an event hall for their Christian community, as they had nowhere else to meet for wedding and funeral services.

Apparently this was still too much for Muslim sensibilities.  Soon after the building was constructed, and without a word of warning, the city council sent demolition squads, supported by armed Central Security forces, to tear down the building, on the pretext that it did not have the proper permits.

According to the report, the “simple Copts” of the village, who had worked hard to erect this building, instinctively rose to its defense, and were brutally savaged for it.  Among other reprisals, security forces fired tear gas canisters into their midst, suffocating many.  In the end, four Christians, two of which were female, were seriously injured: one woman suffered a broken jaw and another suffered multiple injuries to her head.  An additional 21 Christians were arrested and hauled off.

There and then, “before crying and screaming women,” the city council forces proceeded to tear down the building that the Copts had spent much time, effort, and money on.

The report concludes by mentioning how this building was “the village Copts dream destroyed.”  One Christian interviewed stressed that the nearest church was very far away and difficult to reach, and all they wanted was a place to celebrate their newlyweds and mourn their dead—just as their Muslim counterparts do.

The most distressing though hardly surprising aspect of this particular building demolition in Egypt is that the city council gave the Copts no warning whatsoever, waiting until construction of the building was complete—at which point they simply set out and demolished it, violently punishing any who dared get in the way. 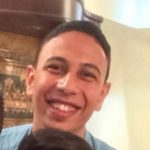 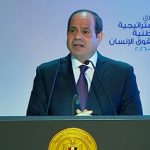