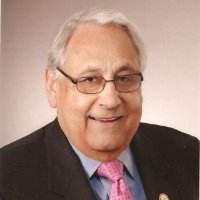 My dears, I have to be frank with you. The massacre of 25 Copts and injuring of more than 60 worshipers in the Chapel near the Patriarchate of Egypt IS UNACCEPTABLE and the situation has become INTOLERABLE. This is discrimination against the peace- loving Christians of Egypt simply because they live in a country whose majority is Muslim. These Christian victims did not fire a single bullet during the Egyptian uprising, yet they have endured all kinds of discrimination including exclusion from employment in certain posts, lagging in promotion, mistreatment in the courts and media, accusations of all kinds, enduring unwarranted punishments including murder, rape, and burning of their homes and houses of worship, to name a few atrocities. The new murders were attributed to “foreign agents”. The latter is a reminder of the Christians killed in the Church of the Two Saints in Alexandria, in which, the “foreign agents” turned out to be NONE OTHER THAN THE MINISTER OF THE INTERIOR; HABIB EL-ADLY.

My Muslim friends who live in the West: WHY ARE YOU NOT CALLING FOR RECIPROCATION BY THE MUSLIM WORLD? In the West, whenever a Muslim woman is asked about her head gear or a Muslim man is asked about the significance of growing a beard while shaving his moustache they cry “Islamophobia.” At the same time, when they overtly discriminate against those of other religions in their native predominantly Muslim countries, they consider discrimination expected and justifiable. I ask: why an individual would not conform to one’s adoptive country’s customs and culture when the majority of that country is Christian while simultaneously treating Christians as inferior to Muslims where the latter constitute the majority of a country’s citizens?

Massacres by violent Islamists are occurring all over the world. Look at the atrocities that they are committing in America, France, Brussels, Britain, Germany, Spain, and all over Europe (Let alone what is infesting the Middle East and Africa, Turkey and many countries in Asia). The fact that these acts are connected to Islam is rendering the whole world leery of Islam and Muslims no matter where they come from or what they can offer. The Egyptian victims were killed in the Church, on New Year’s Eve, while thanking God for being the promoter of love over hate, light over darkness, building over destruction and forgiveness over vengeance. Frankly, Christians in Egypt are tired of the lip service offered by successive leaders; even by the sincere and well-meaning ones among them. It seems that they are banking on the fact that the Copts (Egyptian Christians) have nowhere else to go. Not anymore.

Such barbaric acts do not reflect God’s will but summon our worst cannibalistic instincts. Noble deeds MUST BE THE HALLMARK OF ALL RELIGIONS. Enlightened Muslims do not celebrate the pain and suffering of their Christian brothers, instead of having them rejoice with Muslims in the commemoration of the birth of Prophet Muhammad in the day of their murder. As one who was born in Egypt, I remember my own past when I bought the doll and lantern to celebrate Muhammed’s birthday, and shared the happiness and joy that it brings to ALL Egyptians regardless of their beliefs. As leaders, you have a solemn duty to change the world’s perception that Islam is a religion of violence. Quoting Shakespeare in Hamlet: “Suit the action to the word, the word to the action; with this observance, that you o’er step not the modesty of nature”. The fact is:

It would be a sad day if a majority of Copts have to leave Egypt out of desperation. They will provide the much needed “Human Capital” to the West. Leaving their home-land to find acceptance in other countries would be a tragedy for Egypt and the rest of the Muslim world. I much prefer that individuals of ALL faiths and NO FAITH live in harmony and worship as they please in their homelands or the diaspora. A multi-colored tapestry is more beautiful than a pale one reflecting divisions and hatefulness among members of the same family. 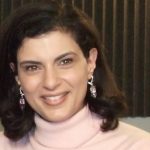 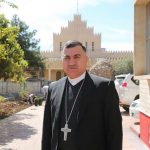