Although the Copts—Egypt’s most indigenous, and Christian, people—make up anywhere form 10-20% of its population, notable among these new Cairo University hires is that not a one of them is Christian.  All are Muslim.

The significance of this news is not so much that discrimination against Christians in Egypt exists—which should be beyond obvious by now—but rather that it seems to permeate every single facet of Egyptian society.

Egypt currently has some 135 ambassadors on-post abroad, and about 20 consul-generals (with an administrative rank of ambassador).

– No Copts are appointed to any international organization.

– No Copts are appointed to any Arab or Muslim country.

– No Copts are appointed as consul-general—anywhere…

Similarly, in an attempt to demonstrate Egypt’s advancement concerning women, on March 3, 98 female judges took the legal oath in preparation for assuming judicial roles in Egypt’s State Council. This was considered a major and unprecedented development; since its inception 75 years earlier, not a single woman had sat on the podium of the State Council court—and now 98 are. And yet, not one of them is a Christian—again, despite the fact that the Copts account for between 10-20% of the nation’s population, suggesting that at the very least 10 of the 98 should have, for proper representation, been Copts.

Or take the recent presidential decree  for new deputy prosecutors. Out of 516 hires, a paltry five—meaning less than 1%—are Copts. The decree was signed by none other than President al-Sisi, whose embassy in Washington D.C. (with help from an expensive lobbying agency) boasts his efforts to ensure “meritocracy in civil service.”

Such overt discrimination persists even in less “formal” settings.  Take football (American soccer), for example—a very popular national pastime in Egypt.  As Aid to the Church in Need noted in a February, 2022 report,

Christians make up around 15% of the population of Egypt and are as football-crazy as their Muslim neighbours, but there is not a single Copt in the national team….There are no official statistics on the number of Copts in Egypt, but estimates vary between 10% and 20%. … The fact that no Copts, of any denomination, are represented in top-level football, and therefore in the national team, stings.

Sports are to be participated in by all. It is inconceivable that not a single Coptic athlete is skilled enough to represent Egypt in sports, particularly considering that Egypt is the 14th most populous country in the world with at least 15 million Copts. Your action is necessary to bring an end to this religiously-motivated discrimination.

Nor is such widespread discrimination against the Copts limited to Egyptian policies.  Western elements, including those charged with combatting discrimination, tend to ignore it; at the very least, they certainly do not treat it the same way they would if the opposite was the case—if a Christian nation was openly discriminating against Muslim minorities.

CS first reported widespread discrimination against Coptic athletes in Egypt to the International Olympic Committee and to FIFA in August 2016. Neither entity responded until European news outlets published stories on the topic in 2018 during the lead up to the World Cup. A FIFA employee finally contacted CS requesting additional information—twenty months after the original complaint was sent.

CS complied, but, to date, FIFA has done little if anything to reverse such discrimination.

Similarly, in the latest summer games in Tokyo, Egypt’s delegation included 141 athletes: one of them was a Copt. CS’s complaints to the IOC went on deaf ears.

Seemingly adding insult to injury, the IOC’s president recently visited Egypt, where he applauded the country’s bid to host the summer Olympic games in 2036. There is no mention that he ever raised the issue of discrimination with the authorities.

In short, whereas actual, violent and murderous persecution against Egypt’s Christians is not uncommon, institutionalized and open discrimination against them permeates the whole of Egyptian society. 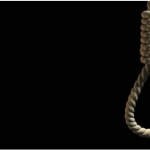 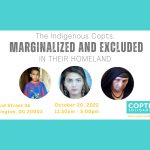