This is the first time a female judge will sit on the podium of the State Council courts since its inception 75 years ago, following a presidential decree published earlier.

The chosen female judges are transferred from the other judiciary organs such as State Lawsuits and the Administrative Prosecution, the bodies where female judges worked before their appointment to the State Council.

Presidential Decree 446-2021, signed by President Abdel Fattah al-Sisi and published in the Official Gazette on Oct. 21, 2021, gives the names of the 98 judges appointed. A simple review shows that not a single Copt is included in the list. If these was due to the possibility that there were no Coptic females working in the entities from which the 98 judges were chosen, to start with, it’s even worse!

The oath ceremony took place  in the council’s Great Hall. The new judges (almost all wearing Islamic veil) were received by the President of the Council and members of the Special Council – the highest administrative authority in the State Council.

The President of the State Council called on the new female judges to dedicate themselves to the performance of their lofty duty, to constantly familiarize themselves with the latest sciences of administrative justice.

The President of the State Council stressed that female judges will be distributed to the various departments of the State Commissioners Authority, and their circumstances will be taken into account so that they will work in the nearest branch of their place of residence. 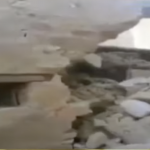 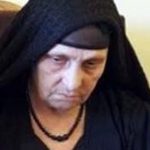 Egypt: No Justice for Christian Woman; and No Female Christian JusticesCS Releases & Articles