Yet another ancient monastery in Egypt is on the verge of ruin.

Due to heavy rainfalls on Feb. 19, 2022, the Saint Paul monastery near the Red Sea Mountains of Egypt suffered extreme damage—including collapsed walls and devastation around the roads and countryside—as seen in a video published shortly thereafter.  Even the roads to and from the monastery have been cut off.

One of the monks published an urgent appeal, saying “We are exposed to a tragedy in the truest sense of the word—a tragedy unprecedented in scope.”

Founded in the fourth century, the monastery is named after Saint Paul the Anchorite (227-341)—history’s very first Christian hermit, who preceded (and inspired) Egypt’s more famous monk, Saint Anthony the Great.  The monastery was built around the cave that Saint Paul lived in for some 80 years.

It’s worth noting that a month earlier, on Jan. 6, 2022—ironically, Christmas Eve for Egypt’s Coptic Orthodox Christians—the walls of another Coptic monastery in Egypt, founded in the fifth century, came crumbling down.

In both cases, it seems clear that the government of Egypt has been somewhat apathetic in repairing these nearly two-thousand year old buildings.  After all, one seldom hears of the collapse of Egypt’s much older pre-Christian antiquities, which are zealously maintained.  Yet Egypt’s ancient Christian heritage seldom gets the same care.

To what extent, one wonders, is such apathy an implicit response to Islamic law?  As is well known, the so-called “Conditions of Omar” (my partial translation here) maintains that, while preexisting churches and monasteries may be allowed to exist, they should never be repaired or refurbished; they are to be left to the ravages of Time.  The exact text follows: “[Christians are expected] not to build a church in our city—nor a monastery, convent, or monk’s cell in the surrounding areas—and not to repair those that fall in ruins or are in Muslim quarters.”

To what extent are these well-known teachings influencing—even if subconsciously—the authorities’ nonchalant response to the ongoing dilapidation of Egypt’s ancient Christian heritage? 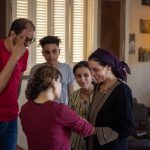 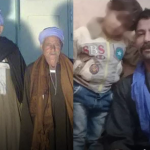