In January, the firm Brownstein Hyatt Farber Schreck LLP distributed “on behalf of the Ministry of Foreign Affairs of the Arab Republic of Egypt” a pamphlet titled: Strengthening National Unity: Religious Freedom and Diversity in Egypt, under the header of Embassy of Egypt, Washington, D.C.

Brownstein et al was contracted by Egypt in November 2020 for lobbying activities. This document, which may be the first published by the firm under the contract, focuses primarily on the situation of the indigenous Coptic Christians in Egypt. It contains numerous false claims, historical inaccuracies, and overall is highly misleading regarding the true situation for Egypt’s Copts.

For that reason, Coptic Solidarity prepared FACTS vs. FICTION: Coptic Solidarity’s Fact-Checking of the ‘Religious Freedom and Diversity’ Document Issued by the Embassy of Egypt in the U.S.A which addresses each claim, point by point.

One of the most critical aspects of Coptic Solidarity’s work is to fact check false narratives and misinformation spread amongst policy makers, media, and the public regarding the situation of Egypt’s Copts. Since Biden’s election, the Egyptian government has hired a lobbying firm to assist with improving its image, despite the unconscionable human rights abuses perpetrated by Egypt’s authorities.

For the first time in seven years, a formal declaration, signed by 31 countries, was delivered at the  46th Session of the UN Human Rights Council in Geneva, condemning the increasing human rights violations in Egypt which occur with impunity.

Earlier this year, Coptic Solidarity joined more than 100 NGOs, signing a letter which was sent to UN Member States, warning them that “the Egyptian government is attempting to ‘annihilate’ human rights organizations and eradicate the human rights movement in the country through sustained, widespread, and systematic attacks.” The letter also called for specific actions including monitoring and reporting. The recent declaration is a fist step towards much needed concerted action by the UNHRC to hold the Egyptian government accountable. 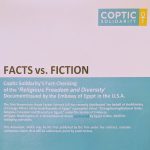 FACTS vs. FICTION: Coptic Solidarity’s Fact-Checking of the ‘Religious Freedom and Diversity’ Document Issued by the Embassy of Egypt in the U.S.ACS Releases & Articles 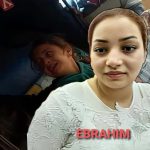