Egypt is being petitioned to release Coptic activist Ramy Kamel who was arrested in late November 2019 by Egyptian security forces.

At the time, Middle East Monitor reported that Kamel’s arrest was part of the Egyptian government’s ‘crackdown on members of the opposition.’

MEM said that Kamel, a ‘founding member of Maspero’s Youth Union’ was arrested ‘without a warrant early in the morning by seven plainclothes police officers.’

The officers ‘confiscated his mobile phone, laptop and camera; and refused to allow him his asthma inhaler’ (some reports included blood pressure medicine.)

Kamel was accused of ‘joining a terror group, receiving foreign funding and broadcasting false information,’ then interrogated for over 10 hours.

It’s believed that Kamel’s arrest was related to his outspoken opposition to the widespread persecution and systemic discrimination of Egyptian Christians.

Maspero Youth Union, a Coptic human rights and religious freedom advocacy group, was ‘established after a church on the outskirts of Cairo was torched in October 2011’, when the Egyptian army, at the behest of the Muslim Brotherhood, killed 30 protestors.

This week, The Hill reported a ‘bipartisan push’ within Washington, petitioning Egyptian authorities to ‘take action’ and see that Kamel received a ‘fair trial, or dropped charges and an immediate release.

According to The Hill, ‘Sens. Thom Tills (Republican) and Chris Coons (Democrat), co-chairs of the Senate Human Rights Caucus, sent a letter to the Egyptian embassy in Washington, D.C.’ requesting:

“The Egyptian government, as a steadfast partner of the United States and supporter of religious liberty, to take action commensurate with the values professed in the Egyptian Constitution and compatible with American values regarding human rights. Mr. Kamel has been held under the unclear charges of defamation, funding a terrorist organization, and the misuse of social media. We urge the Egyptian government to honor Mr. Kamel’s right to a fair trial or to release him entirely of the charges held against him.”

The Hill curiously noted that Kamel was arrested the same month he was to appear before the United Nations in Geneva, Switzerland, to ‘testify on minority issues’ such as the systemic persecution of Coptic Christians in Egypt by Islamists.

In September, Caldron Pool posted an exposition called ‘Jihad of the Womb: The Rampant Islamist Abductions of Egyptian Coptic Christian Women’ where we unpacked the 2012 congressional hearing, and the 2020 Coptic Solidarity report on the ongoing persecution of 12 million Christians in Egypt.

This included a  long list of trafficking victims, damning testimonials of widespread corruption, of law enforcement turning a blind eye, a culture of shame, silence, and powerlessness which enables Islamist people traffickers to carry out abductions with almost 100% impunity.

It’s probable that Kamel is a victim of this corruption.

As recent authoritarian laws which squash freedom in favour of arbitrary LGBTQAAI+ rights in Victoria, prove, religious freedom isn’t solely a point of concern for Egyptians.

The questionable arrest and year-long imprisonment of Kamel shows how easy it is for a person to be held without charge – without respect for due process – when governments, who are swept up in an ideological movement, enforce, protect and chain themselves to that ideology, by way of undefined buzzwords like “misusing social media”, “spreading hate”, “extremist” and “terrorist group.”

As many on the Left have chided lawmaking critics of Islam since 9/11, anti-terror laws can be used as a weapon of terror in, and of themselves.

It’s a shame that many on the Left refuse to apply their own criticisms to the downgrade of freedoms caused by the exaltation of arbitrary rights, or open their eyes to how relevant a case like Kamel’s is to the dangers inherent in the Left’s support for authoritarian, arbitrary laws here in the West. 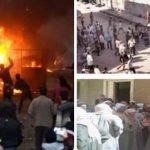 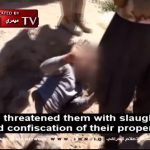 Captured ISIS Mufti Of Mosul: The Christians Of Mosul Were Offered To Stay And Pay Jizya But Preferred To Leave; We Confiscated Their PropertyNews & Reports