According to Coptic Solidarity, an organization defending religious minorities and religious freedom in Egypt, Joel Rosenberg, an author and pundit, delivered “misleading” remarks at the second Ministerial to Advance Religious Freedom on July 17 claiming that “the most dramatic progress [on religious freedom] in recent years is being made in Egypt.” Rosenberg suggested that Egypt has seen the greatest improvement in religious freedom in the region, specifically the Coptic Christian community, noting that more than 1,000 Christian places of worship that had been operating without a permit have been granted legal status since 2016. However, in a Foreign Policy article, POMED’s Stephen McInerney and Amy Hawthorne argued that under President Abdel Fattah al-Sisi, “the Egyptian state continues to treat members of minority faiths as second-class citizens,” and a 2018 report by POMED highlighted that the approval rate for new churches under al-Sisi remains lower than former President Hosni Mubarak’s approval rate. Rosenberg also praised al-Sisi for building the Cathedral for the Nativity, now the largest cathedral in the Middle East, but as Coptic Solidarity explained, private funds—not the government—paid for its construction and the location of the cathedral remains inaccessible for most of the Coptic community.
_____________________
Photo Credit: Joel C. Rosenberg Blog
https://mailchi.mp/pomed/egypt-daily-update-845961?e=8e9e92eefa 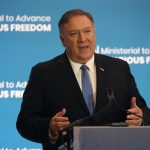 A new international alliance to promote ‘the first freedom’News & Reports 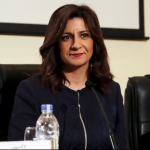