The State Department is holding its second Ministerial to Advance Religious Freedom this week, and on Thursday Secretary of State Mike Pompeo will announce a new International Religious Freedom Alliance. Its mission will be to find ways to promote this most basic of human rights—and hold abusers accountable.

At last year’s ministerial the daughter of Andrew Brunson, a Christian pastor jailed by Turkey on trumped-up espionage charges, spoke of her father’s suffering. The next day Turkish authorities moved Pastor Brunson to house arrest, and a few months later he was allowed to leave the country. This year Mr. Brunson is at the conference.

State’s emphasis on religious freedom is timely. In June the Pew Research Center reported that government restrictions on religion rose from 2007 to 2017, as did violence and harassment of religious activities. Pew says 52 governments impose either “high” or “very high” levels of restrictions.

Sam Brownback, ambassador at large for international religious freedom, says religious liberty is a “defining challenge of the 21st century.” As if to make the point for him, Cuba prevented a delegation of Cuban evangelicals from attending.

Persecution of Christians is arguably the worst it has been in decades. But the ministerial’s concerns are broadly ecumenical, ranging from the minority Cao Dai in Vietnam to Jews in Yemen. It even includes nonbelievers such as Rafida Bonya Ahmed, a secular humanist whose husband was killed and who was herself severely wounded by machete-wielding Islamists in Bangladesh because of their views.

China targets people of every faith: the Falun Gong, Tibetan Buddhists, Protestants and Catholics, and especially the Uighurs. At least a million of these Chinese Muslims have been moved into camps across Xinjiang province that Secretary Pompeo says are “reminiscent of the 1930s.” China is also using technology to digitally blacklist people—e.g., making it impossible to travel or get a credit card—so Beijing may soon be able to persecute believers without having to imprison them.

The hope is that the new alliance’s high profile might do for religious liberty what has been done for human trafficking. One goal is to promote similar discussions within countries to advance religious freedom. Think of it as a credible version of the U.N. Human Rights Council, without human-rights abusers like Cuba and China. 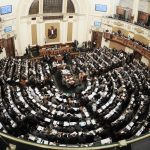 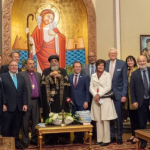