Coptic Solidarity congratulates actor Rami Malek on winning the coveted Best Actor award at the 91st Academy Awards for his performance in the film Bohemian Rhapsody. Malek’s achievement is a testament to his hard work, talent, and relentless pursuit of his dreams. He demonstrates the wealth of talent and contributions that Copts could make if they were able to live as equal citizens in Egypt without constant discrimination and persecution.

As a son of  a Coptic Egyptian immigrant family, Malek acknowledged his Egyptian heritage in his acceptance speech, and his identity struggles being born and raised in the US. Despite acknowledging his Coptic heritage, Egyptians and the broader Arab community were quick to claim his success and consider it as and achievement by Arabs worldwide, and proceed to rejoice across the pages of numerous articles and social media postings.

His is a classic example that confirms the aphorism; Success has many fathers, but failure is an orphan.

This sparked a heated debate amongst the immigrant community within America and between those here and in Egypt and other Middle Eastern countries. Many Copts have vociferously argued that Malek is Coptic, a descendant of the Pharaoh’s (original inhabitants of Egypt) prior to the Arab invasion of Egypt in the 7th Century when Copts were forced to convert to Islam, be killed, or choose to live as (Dhimis) second class citizens under the lordship of their Arab conquerors. Forcing their Arabic language, Egypt’s culture increasingly became Arabized with Copts struggling to maintain their identity, language, religion and cultural heritage amidst constant discrimination and persecution by both those in power and society for remaining Christians, which extends to this day.

The majority of Egyptians are Muslim, some of whom see themselves as Arabs. There is a tendency to deny that Copts are an ethno-religious minority insisting that they are all Egyptians or Arabs. The majority of Copts are proud to be Egyptian yet struggle to assert their identity as they live as second- class citizens in their own homeland. Copts who emigrate to the West are typically lumped in with Arabs as uninformed Westerners are not familiar with the indigenous Christian communities of the Middle East. Forms requiring an ethnic identification in the US do not have any category for ethno-religious groups such as  Copts who are forced to chose Other or a group with whom they do not really identify.

Malek has spoken proudly of his Egyptian heritage, his appreciation of the culture, speaks Arabic, and shared his deep love of visiting his family who come from Minya, a governorate in Southern Egypt where Copts face the most strident persecution.

Egypt’s Embassy in the US officially congratulated Malek via Twitter. However, a question that should be posed to the Egyptian ambassador and government is: had Malek been raised in Egypt as a Copt, would he ever have had the opportunity to pursue his dreams and reach these heights of success; would he ever have been permitted equal educational opportunities, employment opportunities, or the creative license?

True equality and religious freedom go far beyond building a large Cathedral or attending Christmas mass. One wonders how many more Rami Malek’s would grace Egypt with their skills, passion, and creativity were they only permitted to do so. Governmental and societal discrimination against Copts in Egypt is their enormous loss as talented Copts continue to flee Egypt, but a gain to those countries they chose as a new homeland.

It is not for Coptic Solidarity or any other individual to make a determination of Malek’s identity. Like the many immigrants who have come to America over decades, Malek will navigate and determine the balance of relating to his heritage and home country in an individual way. This is the story of all immigrants, and no two stories are identical. 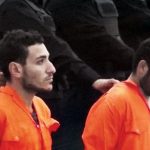 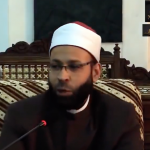