An Arabic-language video recently appeared of a Muslim cleric in Egypt addressing how terrorists misuse Islamic scriptures to justifying killing non-Muslims.  He was specifically addressing the bombing of Coptic Orthodox churches, which in recent years have left dozens of Christian worshippers dead in Egypt.

During his sermon, Sheikh Samir Hashish said that those Muslims who bomb churches and kill infidels often cite a sahih hadith (a statement attributed to Muhammad and deemed authentic), where the prophet said, “A Muslim must not be killed on account of a kafir [a non-Muslim, or infidel].”  After saying that the hadith does not justify the outright slaughter of non-Muslims, Hashish elaborated:

The hadith itself is of course authentic… However, the hadith does not mean that whoever, without cause, kills any of the People of the Book [Christians and Jews] has done rightly.  Not at all—the hadith did not say this; it did not say those who do this are right.  The hadith simply excludes the death penalty from among the possible punishments.  In other words, the Muslim who kills a non-Muslim without cause—is he wrong or not?  He’s wrong.  Is he to be penalized or not?  He is to be penalized—but without the death penalty.  Let him be judged any which way, but do not kill him.  Why? Because of what the hadith says.  The prophet said, “a Muslim must not be killed on account of a kafir [infidel].”  Why?  Because their blood is not equal.  The blood of the Muslim is superior.  Call it racism or whatever you want, but of course the blood of the Muslim is superior.  This is not open to debate.  [Translation my own.]

What is notable is that, while the sheikh claims that radicals are twisting the hadith to say something it is not—that any Muslim who kills any infidel is exempt from any punishment—what the hadith is really saying—that the life of a Muslim is more precious than the life of a non-Muslim—is little better and possibly worse.

Nitpicking over details while ignoring the root problem—that is, “straining at gnats while swallowing camels,” to quote Christ (Matt. 23:24)—is increasingly how leading Muslim clerics disassociate Islam from the violence and intolerance performed in its name.

Consider for example how another learned Muslim scholar sought to put a gloss on the enslavement and rape of non-Muslim women.  While discussing Koran 4:3, which refers to infidel prisoners of war as “possessions,” Suad Saleh, a female professor of Islamic doctrine at Al Azhar university in Egypt, correctly explained that “female prisoners of wars are ‘those whom you own.’ In order to humiliate them, they become the property of the army commander, or of a Muslim, and he can have sex with them just like he has sex with his wives.”

But then the Al Azhar professor proceeded to speak as if the real problem is not Islam’s institutionalization of sex slavery itself but rather how some Muslims misuse it to the detriment of Islam’s image.  She said:

Some [Muslim] opportunists and extremists, who only harm Islam, say: “I will bring a woman from East Asia, as [a sex slave] under the status of ‘right hand possessions.’ And with the consent of my wife, I will allocate this woman a room in the house, and will have sex with her as a slave girl.” This is nonsense. This is not prescribed by Islam at all.  Islam says that a woman is either a wife or a slave girl.  Legitimately-owned slaves come from among prisoners of war.

What Egypt’s Professor Saleh, Sheikh Hashih, and many other scholars apparently fail to understand is that inherently unjust laws—ones that permit the sexual enslavement of women because they are non-Muslims or that operate on the assumption that the value of human lives is based on their Muslim or non-Muslim status—will always be “abused.”

For instance, Koran 2:256 says there is no coercion in Islam.  Yet, because other Koran verses call on Muslims to hate (60:4; 3:28) and war on Christians and Jews (9:29), it is only natural that, past and present, forced conversions have been common.  After all, pressuring hell-bound infidels to embrace Islam can be rationalized as an altruistic act. Moreover, it helps empower Islam, which is always a good thing.  As one human rights report explained while discussing the rampant sexual abuse and forced conversion of Christian girls in Pakistan:

The dark side of the forced conversion to Islam is not restricted only to the religious Muslim groups but also involves the criminal elements who are engaged in rape and abduction and then justify their heinous crimes by forcing the victims to convert to Islam. The Muslim fundamentalists are happy to offer these criminals shelter and use the excuse that they are providing a great service to their sacred cause of increasing the population of Muslims (emphasis added).

Similarly, Koran 9:29 says that war on People of the Book can only end when the latter agree to pay tribute (jizya) to their Muslim overlords.  And pay they did, for well over a millennium, until the practice was formally abolished thanks to European pressure on the Ottomans and during the colonial era. Apologists say that Koran 9:29 means that Christians and Jews must pay jizya to (representatives of) the Muslim state, not just any Muslim.  Today, however, criminals from Muslim backgrounds who are acquainted with the basics of 9:29—that infidels are to be warred on until they pay up—see Christian and other minorities in their midst as piggy banks: they are free game for robbing, plundering, kidnapping for ransom—sometimes even being killed after ransom is paid—as Egypt’s Coptic Christians can attest.

As one Muslim cleric and welfare recipient in the UK who referred to British taxpayers as “slaves” once explained:

It is no solace to learn that Islamic scriptures are being misinterpreted to promote this injustice, when their true interpretation actually permits that injustice.

Raymond Ibrahim is the author of Sword and Scimitar: Fourteen Centuries of War between Islam and the West (Da Capo, 2018); Crucified Again: Exposing Islam’s New War on Christians (Regnery, 2013); and The Al Qaeda Reader (Doubleday, 2007). 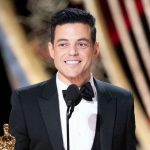 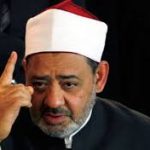