By Jonathan Adly –
9th Annual Conference Guest Speaker
Session: ‘Our Responsibility Towards our Family in Egypt: Engaging Young Copts in the Diaspora’

As I walked in through our Capital’s streets, a beautiful white building stuck out. The building is a modern monument similar to the old Pharaonic temples of Egypt. It serves as potent symbolism of the power of knowledge. Personally, as I stood in admiration; the library of Congress served as a reminder of what we (the Copts of the diaspora) has access to, knowledge and power.

This access is unprecedented and shouldn’t be taken for granted. Other than a brief period in the early 20th century when a small aristocratic class of the Copts put a serious effort to positively shape the future of their people, we had never had that kind of access to knowledge or power.

Since the time of Pope Dioscorus and the Council of Chalcedon in 451 AD, the Copts have been marginalized politically and subsequently lost most of their cultural heritage. Simply stated, the mission became to survive. Well, I have news for you. We did survive. Not only we survived; some of us through the collective sacrifice of our fathers and mothers have made it to the doorsteps of the halls of power.  So now that we are here, what are we going to do?

Through my labor of love that’s the Podcast, I was invited to a conference that aims to highlight the plight of the Copts in Egypt. I had much trepidation about going. When I started the Podcast I had no intentions for a political message (I still don’t). I am not a politician, nor do I want to be one and would probably be a terrible one if I changed my mind. I am just a pharmacist who likes to read, doesn’t mind writing, and have enough love from my family and community to tolerate hearing my voice on a consistent basis.  Yet, as I am writing this, I am part of the Coptic Solidarity conference.  Why? Because I was given much, because we must support each other, and because we must respect the effort even when the message could be improved

“A prophet is not without honor except in his own country, among his own relatives, and in his own house” reads Mark 6:4. This biblical passage purpose is not to command, but to warn and advice. As I student of history, I have seen the many self-inflicted wounds that the Copts inflicted upon themselves. In the bangs of birth of the Copts that is the Great Persecution; a bishop broke off from the church and divided it with disastrous results for many years to come. Fast forward a few centuries after, the Christians of Egypt were more hostile to each other (and the Jews) than the invading foreign Arab armies and stayed hostile even after it was clear that Islam is a bigger ideological threat. Later, a visionary man used the upheavals of the French invasion of Egypt as an opportunity to arm the Copts and make them politically relevant. On the whole, General Yacoub calls was rejected and he had to force conscript the Copts. Lastly in the last century, the secular aristocrats of the Copts clashed with the ecclesiastical leadership and wasted their brief moment of relevance. In all of these incidences, well-intentioned Copts were undermined by other well-intentioned Copts. It doesn’t need to be this way. We must support each other and respect the differences in our message. This not a call for hegemony for one opinion, disagree but respect and appreciate.

As I sit here listening to the wonderful and knowledgeable speakers, I am in awe of the effort put in organizing the conference. There is an actual bill in the Congress advocating for the Copts with 40+ sponsors. I am genuinely shocked just to know that there are 40+ congressmen/women who know who are the Copts, let alone advocate for them. The political return for those men and women is marginal at best, yet through the tenacious effort of a few individuals and the natural inclination of this great country to seek justice, the Copts have a political voice (a very quiet one, but one nonetheless) in the center of political power of the world.

Naturally, I don’t necessarily agree with the assessment of every single speaker or even some aspects of the message, but that’s okay. Hegemony of opinion is usually a sign of intellectual atrophy or lack of interest. The point is to support Coptic endeavors even when we are not personally invested or fully believe in the message being delivered as is. Obviously, blindly supporting anything that has the word “Coptic” in it is problematic as well. Ideally, a basic framework of values should be present, but the keyword here is “basic”.

The efforts of the men and women that are behind the Coptic Solidarity conference are to be respected and encouraged. Now, that we are in the doorsteps of the halls of power we must appreciate the opportunity and use it to its full potential for a brighter future. I encourage you to have a voice in your own way and get involved. One day, our kids may lament how we wasted our brief moment to promote justice and mercy. Let’s live up to the legacy of our forefathers who through their collective sacrifice brought us to the doorsteps of relevance. They survived for us, so we must strive for our kids. 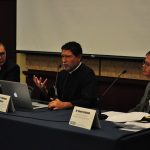 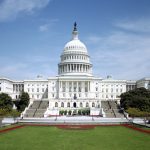