Below you can read the presentation given by Ms. Raheel Raza  during Coptic Solidarity’s 9th Annual Conference in Washington, DC, on June 22, 2018.

Good afternoon and thanks to the organizers for inviting me here.

I’m a Canadian woman of Pakistani Muslim heritage. I grew up in a Pakistan that was very different from what you see now. I studied in a Catholic school and College run by Irish nuns – some people say that’s where I get my chutzpah from. When I was 6 and admitted to my first school, the nuns asked me if I was Catholic or Protestant and not really knowing which was which, I said Protestant because it sounded exotic. So I attended catechism and learned the Lord’s prayer at a very young age until my mother came for a parent-teacher meeting and discovered that I was passing myself off as a Christian. It was no big deal but caused many laughs in the family. I wasn’t reprimanded or punished and had many Christian friends with whom I attended Church while they celebrated my festivals with me.

All this to say that until the 1970’s Pakistan was a tolerant and Pluralistic society with many minorities thriving there. However sadly since the Islamization of Pakistan in the late 1970’s I’ve seen the choking of freedoms and steady discrimination and violence against a small Christian minority. This minority is loyal to the land and don’t create any political waves. They have been subjugated to horrific treatment in the past few decades and sadly not much has been done to solve the problem.

I understand the case is worse in Egypt. You know there are some obvious genocides that take place against minorities in Muslim Majority societies. Some of them are exposed while others are silent. The plight of Coptic Christians in Egypt, their place of birth, is such a hidden genocide.

I’m a human rights activist and have travelled to the United Nations Human Rights Council in Geneva many times in the past five years. Here I’ve met and spoken to some of the Christian victims in Muslim Majority countries. But it never ceases to astonish me how little this topic is discussed or solutions sought in the International community, especially in the West.

Just last week I was in Ottawa, the Capital of Canada where I attended a conference hosted by the Hungarian Ambassador titled “Hungarian Aid to Persecuted Christians”. Ironically there were maps of Muslim majority countries on the walls but a reformist Imam, my husband and I were the only Muslims present (because we had invited ourselves) and there was no mention of the elephant in the room i.e. radical Islamist persecution of Christians and minorities. Until we stood up and spoke that is. We asked why no Muslim Ambassador or Muslim politician had been invited to this important event and there was no response.

This is how political correctness is choking honest discussion and debate and this is why you won’t find me the least bit PC.

Lets take a look at the overall condition of minorities in Egypt.

There are around 1,500 Jehovah’s Witnesses living in Egypt: despite being a form of Christianity, the faith is not officially recognized. In 1959 they were obliged to halt their activities and the following year, like Bahá’í, were declared illegal by a presidential decree. In the decade that followed, in particular, its adherents were exposed to serious maltreatment.

Egypt also has a number of smaller minorities who also continue to face marginalization and discrimination. These include Ahmadiyya, who are followers of a modern Islamic sect that is considered heretical by some traditional Muslim scholars and a small group of Quranists: Muslims who regard the Qur’an as the only valid religious source for Islam.

However the case of the Coptic Christians is different because this is an organized pogrom to eliminate the men and use the women as sex slaves – very similar to what ISIS did with the Yazidis.

As in every war and crisis, it’s the women and children who suffer the most and that’s what I wish to focus upon.

Since April of this year, several Coptic Christian young women have recently been reported missing from various communities around Egypt in what World Watch Monitor calls a recurring phenomenon.

In September last year, World Watch Monitor talked to an ex-member of a network that targeted Coptic women. The man said the network began in the seventies but has reached its highest levels in the era of current President Abdel Fattah el-Sisi. He described the process of abductions as weaving a spider’s web around Coptic women, in which police are sometimes involved and receive a financial reward.

These women are usually forced into conversion or kidnapped. I work with a researcher and a human rights lawyer in Egypt who have both been investigating the cases of missing Coptic Christian women.

What we have discovered is mind-boggling to say the least. The attacks on Coptic Christian women are well planned, intentional and well funded. The Salafists and MB operatives are funded by other wealthy Salafists from Gulf countries and fuelled by their belief that according to their interpretation of sharia law, Coptic women must be forcefully converted to Islam in order to achieve salvation. Using this as their justification, they keep a lookout for Coptic women who are identifiable because they don’t wear hijab. In some cases Salafist men stand around in areas where Coptic Christians live and target women who are out alone. Then they either lure them or drug them and take them to secret homes where a Salafist Imam and two witnesses will force them into marriage. In their minds the Salafists believe these vulnerable women are now their possessions and they can do whatever they want with them. Law enforcement, Judges, politicians and even Al Azhar (one of the highest places of scholarship in the Muslim world now overtaken by radical Islamist ideology) are complicit in these movements because they have legitimized them. If a girl is under 18, they falsify the documents.

Due to the issue of honor, many families don’t report the atrocities and even if they do they sadly know nothing will be done. I’ve been informed by my researcher that even Churches are afraid to speak out on the issue.

By the way its not only Coptic Christian women who face persecution. There are different forms of oppression against women and according to reports almost 90% of Egyptian women have undergone Female Genital Mutilation.

High rates of unemployment and illiteracy among women are a barrier to independence. Inadequate attention is paid by policymakers to the impact that social and economic policies have on women. There is even an absence of “actual and accurate gender statistics.”

Muslim women have to suffer through unequal divorce laws and face honor based violence plus forced and underage marriages.

However they have an option of fighting for their rights while Coptic Christian women are put in a position where they can only run for their lives.

Why is this happening? Well its clearly the Islamists and MB agenda to use religion as a tool to oppress minorities.

A Pew Poll published in July 2016 showed that 74% of Egyptians prefer making Shari’a law the official law and sharia law is the culprit here. Ahram Online also reports that Islamists have called for cancelling the implementation of CEDAW (the Convention on the Elimination of all forms of Discrimination Against Women), adopted in 1979 by the UN General Assembly; they alleged that “it contains articles that contradict Islamic Sharia

Ladies and gentlemen, the persecution of Coptic Christians in Egypt is not only a Christian problem. Its OUR problem – specially Muslims who must own it and help find solutions for it. We can talk all we want but unless we have tangible solutions the problem will not go away.

There are many powerful people attending this conference. They are part of government and those who influence policy.

So here’s what I suggest we do:

In 2012, the same year that the Harper government in Canada cut diplomatic ties with Iran, it also adopted the Justice for Victims of Terrorism Act, which allows victims to sue terrorists and those that support them, including certain foreign states, for any damages caused by terrorist acts anywhere in the world. The first case of the JVTA was against the Iranian government which fought hard but lost the key court battle when an Ontario judge ordered the Islamic republic’s non-diplomatic assets in Canada to be handed over to victims of terrorist groups sponsored by Tehran.

My friends I leave you with the thought that as a Muslim, I am with you and feel your pain. My organization and I will do whatever it takes to help the cause and save a part of humanity. At MFT we do not wish to live by a 7th C interpretation of Islam and we reject sharia as a form of governance. We embrace the Universal Charter of Human Rights as implemented by the UN and we believe in tolerance and pluralism.

I’ll end with the words of Sufi poet Saadi who writes: All human beings are limbs of the same body. God created them from the same essence. If one part of the body suffers pain, then the whole body is affected. If you are indifferent to this pain, you cannot be called a human being. 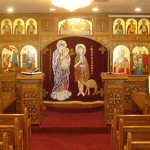 Legalizing Unlicensed Churches: In 11 Months: 220 Approvals out of 3730 RequiredSelected Opinion 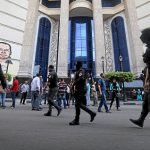