When the long-awaited Law for the Building and Restoration of Churches went into effect on 28 September 2016, it stipulated that non-licensed churches would be legalised provided they submitted the required documents to a Cabinet-affiliated committee formed expressly for that purpose. The date 28 September 2017 was the deadline set by the Cabinet committee for the submission of applications by the Church to legalise the status of unlicensed churches. The law clearly spelled out the documents required, without which a file would not be accepted by the Cabinet committee. This means that all 3730 applications submitted to the committee fully met the requirements otherwise they would have not been accepted. They were checked for that upon submission, and were consequently duly accepted.

With the 3730 files all complete, it stood to reason that a swift final decision could be made by the Cabinet committee regarding each. The Prime Minister had stipulated in his official decision to form the committee that it was to convene once a month. I thus imagined that it would take a few months to see a tangible outcome of the committee’s work. I expected that every month would bring about numerous decisions to unfetter the chained churches and service buildings, imagining that the numbers of buildings legalised every month would be in line with the huge target of 3730 cases needing legalisation. But this was not to be.

In the span of almost one year, the committee has looked into 6 per cent of the cases. At this pace, we have to wait till 2034, 17 years since the committee began its work, for the full list of churches to be legalised. Does this agree with the spirit in which the Law for Building and Restoration of Churches was passed? The raison d’être of the law was to ensure justice, equality and citizenship rights to Coptic Egyptians regarding their places of worship and their practice of religious rites.

It might be well to remember that the Cabinet committee for legalising unlicensed churches was formed according to the PM decision number 199 for 2017, issued on 26 January 2017. The decision stipulated that the committee would be chaired by the Prime Minister, and would include as members the ministers of defence and military production; housing, utilities, and urban development; local development; legal affairs and the House of Representatives, justice; and antiquities; as well as representatives of the General Intelligence, the Administrative Supervisory Authority, the Interior Ministry’s Homeland Security Department, and the sect in question. These members represent a high-ranking elite in all the fields related to decision making inside the committee. I am certain that there is an aiding bureau that supports the work of the committee and provides it with any studies or reports it may need. This makes it imperative to evaluate the achievement of the elapsed period, and take all necessary measures to speed up the work of the committee, in order for it to complete the legalisation decisions within a reasonable time frame that would conform to the spirit of the law.

Let me point out that I have merely focused on the decision-making pace concerning the legalisation of unlicensed churches; I have not tackled the on-the-ground intricacies and hurdles towards enforcing these decisions to bestow legitimacy on churches, secure the opening of closed ones, and uphold the freedom to worship. This is a different issue, one placed on hold.

Legalising unlicensed churches: In 11 months: 220 approvals out of 3730 required 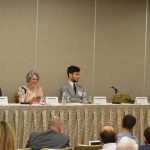 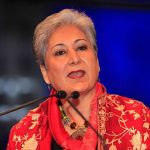