As this article demonstrates, Muslim religious establishments and institutions are and have been subservient to Muslim ruling autocrats since Islam was established about fourteen centuries ago. Muftis (Highest religious clerics) are appointed, financed and protected by the rulers who use them to legitimize their rules and to justify their suppression of their disenfranchised populations.

Egypt’s Grand Mufti Dr. Shawki Allam lavished praise on King Salman and his son, Crown Prince Mohammed, for the services they perform on behalf of Muslims and Islam. This should not come as a surprise given the millions of dollars king Salman lavished on Al-Azhar mosque, its elitist operatives and their projects when he visited Egypt in 2016, a year after he inherited the throne.

As exemplified by frequent burning of Coptic churches and worshippers, Al-Azhar and its sectarian clerics are major propagators and marketers of Shariah law which vilifies Christians, women, Jews, Shi’ah and other Muslim minorities. Powerful Arab clerics provide services, not to God or to their religiously misled masses, but to the clerics’ power partners, the mostly illegitimate autocratic Arab regimes.

Social and political instability, religious intolerance, violence, inequality and lack of economic prosperity will continue to haunt Saudis, Egyptians and other Arabs and Muslims for the foreseeable future until non-sectarian modern systems replace the centuries’ old anti-democracy and freedom of choice Shariah-based systems. Given global security, economic and strategic interdependence, the windfall benefits of facilitating non-theocratic and non-autocratic modern systems in Saudi Arabia and Egypt, the centers of Arabs’ and Muslims’ religions and civilization, are worth pursuing by western democratic societies. 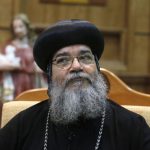 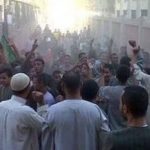 In Minya: Absence of State Authority, Not Sectarian IncidentsSelected Opinion