Watani’s issue of 20 January 2019 could have very well held the headline “Special issue on the attack against Copts and closure of their church in the village of Manshiyet Zaafarana in Minya”. The issue carried extensive in-depth coverage and analysis of the sectarian incident that took place in that village on 11 January 2019. In addition, there was a survey of the bitter legacy of sectarian incidents, assaults on Copts and attacks on their churches and places of worship in Minya, which takes the lead over all Egypt’s other governorates as far as violence against Copts is concerned. That violence, moreover, takes place under the eyes and nose of the local administrative and security authorities. Watani’s 20 January 2019 issue also presented candid opinions of intellectuals who dissected the religious terror and proposed means to confront it.

Conspicuous in the Minya violence against Copts has been the absence of State authority and the lack of enforcement of the rule of law. Questions were raised regarding the role of the Supreme Committee to Confront Sectarian Incidents that was formed last December through a presidential decree. The cry Watani sent out was thus no mere protest against the crimes by extremists and fanatics against Copts, but was more a denouncement of the receding authority of the State and the absence of the rule of law.

Instead of defending the Copts against the terror of the raging mob, and upholding their constitutional and legal right to practise their religious rites, the local administrative and security authorities which represent the State failed to carry out their responsibility and succumbed to the tyranny of the mob. They forced the Copts out of their places of worship and closed them down.

Egyptians, Copts and Muslims, wonder about the inadequacy of the State. “Is the Egyptian State a feeble one that lacks the means or authority to confront extremism and terrorism, or does it shy away from pursuing and eradicating corrupt actions?” everyone wonders. The answer is a definite “No”. We live under a strong State that enforces the rule of the law; it does not shy away from confronting extremism and terrorism when they constitute threats to national security. The State very firmly flaunts its prestige when it pursues and eradicates various outlaw activities. We have seen how State authorities firmly applied the law to usurpers of State property; most recently how the State dealt with building encroachments on the off-limits area around the Giza Pyramids. Do not Egyptians have the right to aspire that the State would exercise the same firmness in implementing the law where Copts are concerned? But no, Copts are brought to their knees and usurped of their right to worship; the law is waived in favour of the terrorist mob and its out-of-court settlement notoriously known as ‘conciliation’.

Under the title “The future of Egypt hinges on the rule of law”, the State-owned daily al-Ahram published on 14 January 2019 a bold opinion piece by Dr Nasr Muhammad Aref. I extend my profuse thanks to Dr Aref for his insightful opinion that seeks the good of this nation and moreover tackles the suffering of the Copts. I invite you to a quick read into excerpts of his opinion:

• Good governance is only achieved through the supremacy of law. The rule of law is more important than democracy, since the law constitutes the basis of democracy, its objective and supreme purpose. Otherwise, democracy would be the rule of the mob which would ruin communities and lead to chaos and loss of stability and social peace.

• The rule of law is not a slogan, but the simple exercise that men and women implement in daily life. They practise their inviolable rights, are not usurped of them by anybody; are not subject to injustice at the hands of anyone; are not offended or humiliated; not discriminated against; nor do they fall victim to corruption; favouritism or bribery. All this is according to the law, not the person who executes the law.

• The rule of law alone ensures the rights of all Egyptians indiscriminately, without being hijacked by ignorant people who attack the house of a Christian in Minya under the pretext that it was turned into a church without licence. State institutions specified by the law may alone grant or deny licences. Law enforcement apparatuses that by the law possess judicial police authority are alone responsible for executing the law, not the mob whose thought was implanted by pillars of vicious religiosity that do not acknowledge the rights of any other than those who embrace their same religion.

• The rule of law requires that all who incited against Christians or participated in harassing them or preventing them from worship should stand trial. This is a law-given right, and no person in Egypt may claim the law or violate it under the pretext of belonging to the majority. The law has nothing to do with majority or minority; it is above all and for all.

I again profusely thank Dr Aref. I would like, however, to add: when will we in Egypt see administrative or security officials taken to account because they refrained from implementing the law to appease the mob? Does not the State realise that these are the ones who really usurp its prestige and violate its dignity, not the mob or the extremists? We still await the empowerment of the Supreme Committee for Confronting Sectarian Incidents, although I have my reservations towards terming the criminal incidents in Minya ‘sectarian incidents’.

In Minya: Unruliness not sectarian incidents 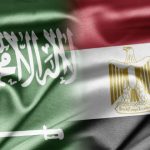 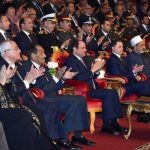 In Egypt, A Sectarian Committee to Combat SectarianismSelected Opinion