Largely unknown to and unreported in the West, a large, two-day conference was recently hosted (Jan. 27–28) by Al Azhar University in Egypt and attended by the leading clerics and politicians from 46 nations.  Titled “Renewal in Islamic Thought,” it is currently the most significant response to Egyptian president Sisi’s calls for reform, which he forcibly made on January 1, 2015.

The conference focused on the most pressing topics affecting the Islamic — and in some cases non-Islamic — world, including women’s rights, government and society, and the question of “radicalization” and the emergence of jihadi terror groups such as the Islamic State.

I’ve watched many of the panels with great interest, and in the coming weeks, I hope to remark on some of these, but for now I wish to discuss what can be learned from the closing remarks of the grand imam of Al Azhar (and Pope Francis’s good friend), Sheikh Ahmed al-Tayeb.

First, he — in agreement with the other clerics present — closed the door on the possibility for reform on a great number of issues: “Renewal,” he announced, “is in no way possible concerning those texts which are irrefutable in their certainty and stability; as for those texts that are not entirely credible, they are subject to ijtihad [reinterpretation, especially based on changing circumstances].”

In plain language, the teachings of those Islamic texts that are deemed entirely reliable — chief among them, the Koran as well as certain hadith, including, according to mainstream Sunnism, all nine volumes of Sahih Bukhari — are not subject to any change; only those secondary Islamic texts, including many other volumes of hadith, the sira (biography of Muhammad), and other works of history, are open to debate.

The problem is that some — many — of the worst teachings plaguing the Islamic and non-Islamic worlds are derived directly from those texts deemed entirely reliable.  The Koran, for example, very clearly permits the sexual enslavement of non-Muslim women, the beating of one’s wife, and polygamy.  The Koran calls on Muslims to have hate for and when convenient to war on non-Muslims just because they are non-Muslims.

This leads to the other problem with the recent conference: many falsehoods were inevitably delivered concerning precisely those texts that are 1) closed to reinterpretation and 2) a source of ongoing problems.  Here, for example, are al-Tayeb’s closing remarks on the topic of jihad:

Jihad in Islam is not synonymous with fighting; rather, the fighting practiced by Prophet Muhammad and his companions is one of its types; and it is to ward off the aggression of the aggressors against Muslims, as opposed to killing those who offend in [matters of] religion, as the extremists claim.  The established sharia rule in Islam bans antagonism for those who oppose the religion.  Fighting them is forbidden — as long as they do not fight Muslims.

If only this were true!  The world would have developed in a radically different way.  But alas, al-Tayeb’s words contradict both more than a millennium of Islamic theology — including as codified in those “unquestioned” texts — and Islamic history:

Beginning with Muhammad — whose later wars were hardly defensive, but rather raids meant to empower and aggrandize himself and his followers over non-Muslims — and under the first “righteous” caliphs and virtually all subsequent sultans and rulers, jihad consisted of “inviting” neighboring non-Muslims to embrace Islam or at the very least submit themselves to its political authority (as second-class dhimmis); if non-Muslims refused, as they almost always did, if they insisted on maintaining their own religious identity and freedom from Islam, then jihad was proclaimed, the non-Muslims’ lands were invaded, and the aftermath looked like an ISIS setting, with pyramids of heads, burned churches and other temples of worship, and slave markets of women and children littering the landscape.

This went on unwaveringly for nearly 14 centuries.   One need only look at  a map of the Muslim world today and realize that the vast majority of it — all of the Middle East, North Africa, Turkey, Central Asia, as far east as Pakistan and farther — was taken by violent conquest in the name of jihad.  Every Muslim child is taught this in elementary school; it is a source of great pride and validation.

This, in a nutshell, is the problem with the much touted international conference recently hosted by Al Azhar.  While lots of encouraging and progressive talk was made, regrettably, much of it must by necessity be left as just that — talk. 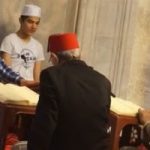 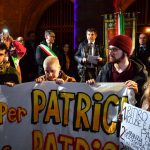