Muslims around the world are thrilled at the recent news: “Harvard University ranks the Koran as the best book on justice” is the January 20, 2020 headline of a report published by Youm7, a popular Egyptian news site visited by millions of Arabic-readers. It writes:

The official website of the World Muslim Communities Council said on social media that, after lengthy, scientific studies that closely examined the rules of justice contained in the Noble Koran, the American university of Harvard has ranked the Noble Koran as the best book on justice[.] … In its final evaluation, Harvard University’s Classification Committee cited verses from the Noble Koran which confirm that the Noble Koran is a book replete with the rules of human justice … and that Islam has no room for injustice but rather includes tolerance and respect for the other.

Several other leading news websites and newspapers — including Al Ahram, Egypt’s most widely circulated and state-owned newspaper, founded in 1875 — carried the story, followed by all sorts of triumphant celebrations on social media.

But is it true? Did Harvard make such a pronouncement? No. The real story is that, back in 2012, a group of law students painted a number of historical quotes dealing with justice on the walls of a Harvard building.

Known as the “Words of Justice,” they consist of 33 quotes from a variety of thinkers and civilizations — including African, Chinese, European, and Hindu — from 600 B.C. to the present. Among some of the more recognizable names and documents quoted are Cicero; Augustine; Aquinas; the Magna Carta; Benjamin Franklin; Immanuel Kant; Gandhi; and Martin Luther King, Jr.

Among these 33 quotes is one that is Islamic, derived from the Koran:

O you who have believed, be persistently standing firm in justice, witnesses for Allah, even if it be against yourselves or parents and relatives. Whether one is rich or poor, Allah is more worthy of both. So follow not [personal] inclination, lest you not be just. (4:135)

That’s it — the entire story. There were no “lengthy, scientific studies,” nor “classification committees,” that led Harvard to announce that the Koran is the “best book on justice.” Rather, one Islamic quote was deemed worthy of inclusion with 32 other non-Islamic quotations.

What to make of this shameful episode? Why would Muslims fabricate such a story? More to the point, why would they even care what infidel Harvard thinks in the first place?

For those in the know, the answer is simple: Muslims are ever and always looking for outside validation. Why? Because a growing number of them have a nagging suspicion that their religion is not just.

Indeed, they need look no farther than to the very same Koran chapter/sura (4, al-Nisa’, “the Women”) whence the much celebrated “justice” verse (4:135) was excerpted to encounter any number of decidedly unjust verses, including permission to sexually enslave — buy and sell — women (4:3), permission for husbands to beat their wives — since men are “superior” to women (4:34) — and so on.

Accordingly, what can be more reassuring than Western intellectual praise for Islam?

Consider this Arabic op-ed on Islam’s “inferiority complex” that I translated back in 2011. Although its author, Khaled Montaser, an Egyptian intellectual, focuses on all the hoopla that erupts whenever a Westerner converts to Islam — whether in reality or not — the essence of his arguments perfectly apply to and shed light on this recent Harvard fiasco:

We Muslims have an inferiority complex and are terribly sensitive to the world, feeling that our Islamic religion needs constant, practically daily, confirmation by way of Europeans and Americans converting to Islam. What rapturous joy takes us when a European or American announces their [conversion to] Islam — proof that we are in a constant state of fear, alarm, and chronic anticipation for Western validation or American confirmation that our religion is “okay.” … And we pound our drums and blow our horns [in triumph] and drag the convert to our backwardness, so that he may stand with us at the back of the world’s line of laziness, [in the Muslim world] wherein no new scientific inventions have appeared in the last 500 years. Sometimes those who convert relocate to our countries — only to get on a small boat and escape on the high seas back to their own countries.

He goes on to discuss how the Arab world — in the guise of “our media and Internet sites … our writers and intellectuals” — exulted when it mistakenly thought the German writer Henryk Broder had accepted Islam, based on sarcastic remarks he had made: “but we are a people incapable of comprehending sarcasm, since it requires a bit of thinking and intellectualizing. And we read with great speed and a hopeful eye, not an eye for truth or reality.”

How come the Buddhists don’t hold the festivities we do for those who convert to their religion? And some of these converts are much more famous than Broder. Did you know that Richard Gere, Steven Seagal, Harrison Ford — among Hollywood’s most famous actors — converted to Buddhism? What did the Buddhist countries of Asia do regarding these celebrities? What did the Buddhists in China and Japan do? Did they dance and sing praise and march out in the streets, or did they accept these people’s entrance into Buddhism as a mere matter of free conviction? … It is sufficient for the Buddhists that these celebrities purchase their nations’ electronic goods — without any beggary or enticements.

And it’s a reminder that, instead of flattering Islam, openly and honestly criticizing it — objectively, without rancor or hyperbole — is potentially one of the Western world’s most powerful, though largely untapped, strategies that could go a long way in neutralizing Islam, and without force. 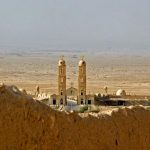 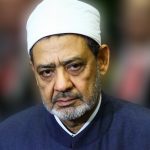