By Mai el-Sadany – The Tahrir Institute for Middle East Policy –

Nearly one and a half years after Egypt’s parliament voted on legislation to create three new media regulators, the country’s legislative body had been expected to pass a law to more broadly govern the practice of media and journalism. However, on June 10 and 11, 2018, the House of Representatives shocked observers by issuing and voting on three new media draft laws meant to entirely overhaul the previous legal scheme. The draft Law Regulating the Press, Media, and the Supreme Council for Media Regulation (SCMR); the National Press Authority Law; and the National Media Authority Law have been approved by the House and are currently being reviewed by the State Council for constitutionality.

The new bills, approved as a result of a hasty, opaque process that surprised even some parliamentarians, have earned the criticism of practitioners in the field. The draft National Press Authority and National Media Authority Laws continue a regulatory scheme in which the state maintains a heavy hand. They have been criticized for, among other issues, setting forth limited membership for journalists or media professionals in the regulatory bodies. At least 781 journalists have signed a statement rejecting the Law Regulating the Press, Media, and the SCMR in light of its provisions restricting content and subjecting media and the press to extensive government oversight and control.

The draft Law Regulating the Press, Media, and the SCMR establishes prohibitions on content with vague language included in other legislation that has been used to silence alternative portrayals of events, opinions challenging the predominant state narrative, and voices of marginalized individuals. The draft law prevents press entities, media outlets, or websites from publishing or broadcasting anything that violates the Egyptian Constitution, professional ethics, and public order or morals; calls for breaking the law; or incites discrimination, violence, racism, hatred, or extremism. The draft law also empowers the SCMR to prevent the transmission or entry of publications, advertisements, or media content from abroad based on national security concerns, and authorizes the SCMR to prevent circulation of content that is sexually explicit, attacks religions or sects to upset public order, or incites discrimination, violence, racism, hatred, or extremism. Finally, the draft law prohibits press, media, and websites from publishing or broadcasting false news, empowering the SCMR to suspend or censor entities found in violation, which—in this specific provision—also includes personal websites, blogs, and social media accounts with 5,000 or more subscribers. Through this language, the draft law expands the definition of a journalist or media personality and builds on global “fake news” hysteria, raising serious questions on free speech protections—and creating yet another mechanism through which individuals peacefully expressing personal opinions can be tried, sentenced, and silenced.

Beyond these constraints, the draft law entrenches a regulatory scheme that threatens the independence of media outlets, subjecting them to constant oversight and creating logistical hurdles through an extensive permit process. To apply for a permit in order to issue content, a press outlet must submit information to the SCMR including the owner name and nationality, language and type of content, editorial policy, funding, management structure, name of editor-in-chief, and location of the publisher (or server, if applicable); a review and approval process follows. Similarly, anyone wanting to establish a media outlet or website must ascertain permission from the SCMR before beginning work or advertising a launch. With the draft law defining a website as a page that has press, media, or advertising content, there is fear that the law enables the regulation of not only news sites, but also the sites of organizations and businesses. The draft law also requires that approved media outlets and websites maintain comprehensive records of every program and piece of audible, visual, or electronic content they issue for a period of 12 months, sharing copies with the SCMR. Finally, journalists and media personalities are prohibited from collecting donations for their work from any local or foreign source, both directly and indirectly—raising concerns about the ability of smaller media initiatives or freelancers, who often rely on crowdfunding or donation campaigns to continue producing independent content.

The draft law does not stop at creating an expansive regulatory regime; rather, it authorizes the SCMR to determine administrative punishments for violations of the law as appropriate, choosing from a selection that includes financial penalties, removal or censorship of content, and suspension of activities. The draft law also sets forth a number of punishments. Failing to get the necessary permissions for a press publication, media outlet, or website, for example, can be punished with a fine of 1 million to 3 million Egyptian pounds (LE), while outlets that conduct activities other than what they sought permission for can be punished with an LE1 million to LE2 million fine. Although the draft law prohibits pretrial detention in cases in which a publication or a broadcasting-related crime has been committed, the exception is lifted if a case involves incitement to violence, discrimination between citizens, or libel and slander.

Writing into law a regulatory scheme that uses vague language to restrict content in traditional media outlets as well as personal blogs and social media places heavy burdens on news outlets and possibly non-news websites seeking to function legally in the country. It also hands over significant discretion to government-aligned regulators on the approval, censorship, and punishments facing outlets and publications. Moreover, articles in the draft Law Regulating the Press, Media, and the SCMR and its accompanying draft National Press Authority and National Media Authority Laws violate the clearly established protections for freedom of speech, expression, and the press in the Egyptian Constitution, the International Covenant on Civil and Political Rights, and the African Charter on Human and Peoples’ Rights.

Egypt’s draft media laws are yet another indication that the country’s legislature continues to ignore domestic and international legal obligations in an environment in which the state of emergency and the “war against terror” trump all rights concerns and provide excuses for broad language and vague interpretation. Following an already long line of problematic laws such as the Counter-Terrorism Law and the Cybercrime Law, these newest pieces of draft legislation equip Egyptian authorities with a set of tools that will almost certainly contribute to closing independent media space, dwindling the number of citizen journalists once empowered by the powers and access of their mobile phones, and frightening everyday citizens who once considered their social media accounts a safe space to blog, reflect, and share thoughts, fears, and dreams. 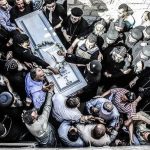 A Bloodbath for Copts, No Response from EgyptSelected Opinion 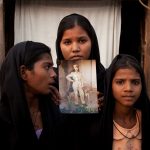 The Lessons of the Asia Bibi CaseSelected Opinion