Today the International Religious Freedom Roundtable sent a multi-faith letter to Chairmen Royce and Ros-Lehtinen signed by 41 organizations and individuals to ask them to urgently mark-up H. RES. 673, Expressing concern over attacks on Coptic Christians in Egypt, and bring it to a full floor vote.

Key points from the letter, which is an initiative of Coptic Solidarity, Muslims Facing Tomorrow, and the International Religious Freedom (IRF) Roundtable: 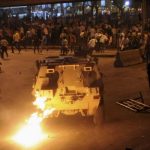 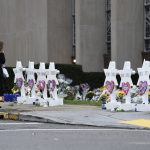