By Jonathan Jones – The Guardian –

The Coptic church is Egypt’s oldest living religion. Its unique artistic tradition stretches right back into antiquity and stands as a rebuke to the murderers who killed 25 worshippers in a chapel next to Cairo’s main cathedral on 11 December.

For the legacy of Coptic art proves that people of this faith are in a direct line from the ancient Egyptians themselves and to protect their culture, beliefs and lives is to defend the very identity of Egypt.

Christianity is not some “western” or “European” import in Egypt. The Coptic faith evolved in ancient Egypt centuries before it was conquered by Islam. The name “Copts” derives from the ancient Greek word for Egyptians, reflecting a recognition by the ancients that Coptic Christianity was the continuation of the earliest Egyptian culture. In fact there are striking parallels between Christian and pagan Egyptian beliefs. The entire culture of ancient Egypt was centred on the idea of life after death. The Egyptian Book of the Dead sets out how the ka – or soul – of the departed is judged on a scales before being allowed to progress towards the Western Lands. If that resembles the Christian preoccupation with heaven and hell, the god Osiris was also similar to Christ in that he was a god who died, and could intercede for mortals in the next life.

The god Horus is often depicted in ancient Egyptian art as a child (or at least a small man) in the arms of his mother, Isis. This prefiguring of the Christian image of Christ in the arms of Mary cannot be coincidental. In Coptic art, such fusions of ancient Egyptian and Christian imagery proliferate. Wall paintings preserved in the Coptic Museum in Cairo show the infant Christ in Mary’s lap, just like Egyptians had been portraying Isis and Horus for thousands of years.

Yet it is not only ancient Egypt that survives in Coptic art. This Egyptian version of Christianity was born when Egypt was part of the Roman empire and under the sway of Greek culture. Images of grapes, cupids and other attributes of the classical god Bacchus – whose association with Christ would also appeal to Renaissance artists like Titian – are common in ancient Coptic art.

For all its echoes of the ancient Egyptian gods and the classical world, there is something raw and primitive about Coptic art that makes it wildly original and compelling. All the cultures of the ancient world – Egyptian, classical, Persian – were controlled from above. Christianity invented popular culture. Coptic art has crude, liberating qualities totally different from the smooth accomplishments of classicism. People in Coptic paintings and sculpture have big eyes and bold gazes. The effect is intense and direct, an unabashed emotional engagement of the onlooker.

This is the beginning of a new kind of art that was not interested in aesthetic refinement but human feeling. Coptic art is truly popular, accessible and passionate, and it has helped to sustain this ancient church into the 21st century. The ancient quarter known as Coptic Cairo has churches that go back to the third and fourth centuries AD. This is one of the world’s most enduring and remarkable cultures, connecting us with a past older than Christianity and Islam. An Egypt without its Coptic tradition would no longer be Egypt. 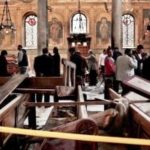 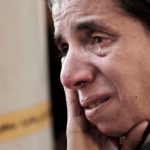 Who are the Copts? Why are they being attacked?Selected Opinion