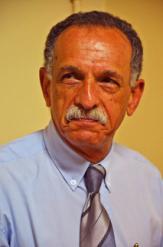 I have repeatedly broached the topic of the Law for Building and Restoring Churches in my editorials. The most recent was last week’s; it tackled the open question of whether the new law has made matters easier or more complicated for churches [1]. As we closely follow on how official applications for building or restoring churches or for opening closed churches are being handled in light of the new law, we must not forget the constitutional purpose behind the law, which is to empower Christians to practise their religion. The issue is thus not about church buildings whether new, existing or closed down; it is mainly about freedom of belief, freedom to practise religious rites, and the freedom to pray. This brings us to a bitter issue that has for long been placed on hold.

I allude to the issue of the authority in charge of enforcing the law, protecting citizens, and defending their rights against attempts to usurp them. This authority is in charge of upholding the State’s dignity in the face of the evil forces of terrorism; and of powerfully confronting those who conspire to defeat the law, spread extremism, hatred, incitement and violence. This authority is required to throttle any attempt to trounce the rule of law, threaten social peace or disdain religions. Does this authority—whether on the political, security or local government levels—grasp the magnitude of the responsibility it shoulders where the dignity, sovereignty, and clout of the State is concerned? Or does it simply let matters be, allowing abusers and lawbreakers to grow in might as the State stands powerless?

As we track the on-the-ground application of the new law for building churches, we sadly note that there is a more basic issue that raises concern: that of the freedom to practise religious rites. The governorate of Minya, the capital city which lies some 250km south of Cairo, tops the list of Egyptian governorates in lack of religious freedom. This comes as no surprise since it stands uncontested in terms of Islamist violence, terrorism and contempt of the law, let alone the failure of its authorities to put an end to lawlessness, defend Copts, enforce the law and uphold State dignity. We were optimistic a few months ago when Minya got a new governor in the wake of a wave of unprecedented attacks against the Copts there. But maybe we laughed too soon; Copts are still being threatened and terrorised in Minya, while the new governor takes no firm stance.

Watani has printed and posted the details of the gruesome incidents that involved the Minya village of Koum al-Loufi in Samalout. The story goes back to last June when a Copt started to build a new home but a rumour spread alleging he was in effect building a church. All hell broke loose; Islamic extremists set off terrorising the village Copts, looting, destroying, and burning their houses amid complete failure by the security authorities to protect the Copts and their property. A few culprits were caught and soon released; they went back to the village triumphant and armed with new viciousness, spreading more anarchy and terror. The administrative authority was no better than the security authority; they looked the other way while the Copts of Koum al-Loufi were threatened and attacked. The situation kept aggravating—even under the new governor—until a couple of weeks ago when a flyer that flagrantly incited against Copts was circulated in Koum al-Loufi. The flyer scathingly criticised an agreement that would allow the village Copts to reopen a closed ‘house church’. The flyer reeked of arrogance, disdain and incitement against the Copts, and called upon the village Muslims to gather in specific mosques following Friday noon prayers and march to oppose the new ‘church’ and the holding of Christian prayers. “You want to pray?” the flyer read, “Never! Never! You build a church? Out of the question!”

Did the local and security authorities take steps to empower the law and confront those who were jeopardising social peace and disdaining the Christian religion? Security presence in the village was intensified especially in the vicinity of the Copts’ homes. But that was about all. Security officials bowed to the might of extremists, and attempted to humour them into ‘consenting’ to the opening of the closed down building that had once been used for Christian worship. But the extremists adamantly rejected that their Muslim majority village would ever house a church. “The land of Muslims will never host a house of blasphemy”, their flyer said.

For his part, Minya’s new governor, Essameddin al-Bedeiwi, failed to address this defiance of the law. It looks like he does not possess the necessary tools to enforce the rule of law and uphold the State’s prestige, or to defend the constitutional rights of the Copts. He took to appeasing the extremists and attempting to persuade them to give in, but to no avail. Perhaps he is even now wondering why are they so obstinate? So implacable? So viciously aggressive? 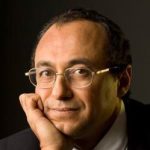 The Myth of “Muslim Grievance” Must Stop. it’s the Innocent Religious Minorities in Muslim Countries Who Have Real GrievancesSelected Opinion 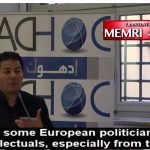 Doubly Targeted – In the Middle East and in the WestSelected Opinion