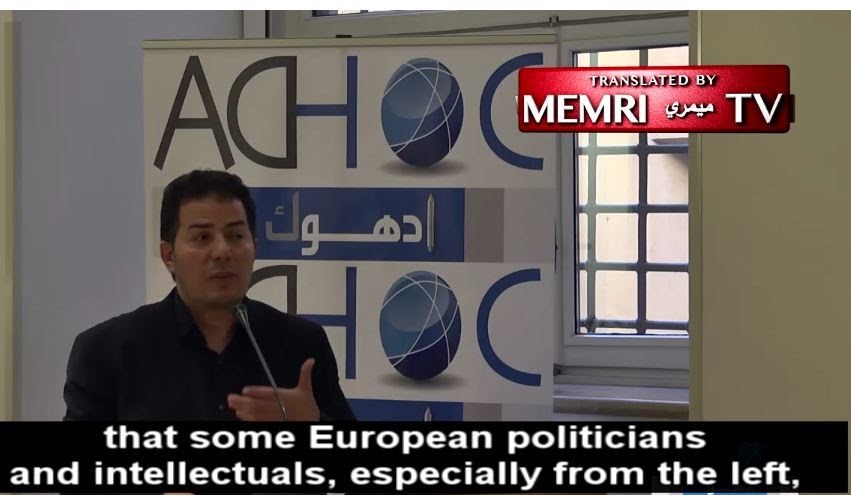 We live in a deeply politicized and polarized world. This is a place where saying that “all lives matter” is seemingly politically incorrect. It is a world where privileged adult students at expensive, elite American universities complain about “white privilege” and demand “safe spaces,” “trigger word” protection against upsetting speech, better food choices in the cafeteria and all sorts of accommodation and coddling.

These seeming contradictions abound outside the West. In the supremacist discourse of Islamists and jihadis like the Islamic State, two thoughts predominate: that the “Muslims” (as defined by the extremist group) are oppressed, essentially everywhere by everyone (but especially by the Jews, America, and the “Crusaders”), and that the “Muslims” will one day soon rule the world, “conquer Rome, enslave your women and break your crosses.” They will regain any territory ever held by any Muslim ruler – although the most cited places are usually Spain – “Al-Andalus” – and Jerusalem. This narrative, which transcends that of the jihadis, is both about being victims and about hoping to be able to victimize others.

But while the Left and Islamists both play the victim card while dreaming of imposing their will on others, there are actually groups of people who are often doubly targeted, doubly victimized in both the East and the West. These are the victims of extremist violence in the Middle East who after multiple indignities in the lands of their birth, and after fleeing to the West, run the risk of being abused by both Islamists and by an inchoate coalition of Left-wing “social justice warriors” embedded in the bureaucracy, academia, and advocacy who seek to signal their virtue by serving as a sort of thought police against political incorrectness related to the Middle East.

Those doubly victimized by the Left and by Islamism are Middle East Christians and other members of minority religious or ethnic groups like the Yazidis, and any sort of heterodox Muslim, from freethinkers to ex-Muslims who dare to criticize violent or intolerant tendencies within Islam.

All of these groups suffered persecution in the pre-modern Middle East, akin to that in the pre-modern West; minorities would often be persecuted at the whim of religious or political authorities for all sorts of reasons, from the ideological to the venal. At the same time, a ruler could lessen persecution (or increase it). A thousand years ago, a Muslim freethinker like Mansour Al-Hallaj could be executed for his heterodoxy much like some Christian freethinkers would be burned at the stake in the medieval West. Christians and Yazidis were often massacred or abused, although the suffering of the former group would intensify in the 20th century genocides against Armenian and Assyrian Christians and the World War I famine that devastated much of Lebanon, killing half the population.

But if much of these historic events are in the past, the late 20th and early 21st centuries have continued the trend. Yazidis and Christians in Iraq suffered under Saddam Hussein, and their situation deteriorated under the chaotic conditions after his fall and the rise of the organization that would become the Islamic State – which not only targeted these vulnerable groups but weaponized the Islamist arguments against them on social media worldwide. Egyptian Christians have been targeted for violence since the 1970s by organizations that would eventually feed into the creation of Al-Qaeda. That anti-Christian violence seems to have been internalized now by a considerable minority of the Egyptian Muslim population. Similar intolerant sentiments – and violent action – can be found throughout Muslim majority countries, from Libya to Indonesia.

And the ire of Islamists and Jihadists is not limited to religious minorities but also often expressed violently against anyone from the Muslim population who strays from the extremists’ perception of rigid orthodoxy. An ISIS-led campaign in Bangladesh in 2015-2016 underscored this lust for policing ideological transgressors. Not only were Christians and Hindus targeted, but so were Sufis, secularists, atheists, and free thinkers who came from the country’s Muslim majority. Liberal Muslims suffer at the hands of governments in Egypt, Saudi Arabia and Sudan, to note a few recent cases. And high profile Muslim dissenters always face the dilemma of whether to stay and fight or to flee to the West.

Now one would think that, for these targeted people, the situation in the West would be radically different. After all, this is the West that values freedom of expression and all sorts of liberty more than anything else, right? It hasn’t worked out entirely that way.


CONTACT US
Coptic Solidarity | © 2015
Download Advocacy Kit
Before the Law for Building Churches: The Copts’ constitutional right to praySelected Opinion 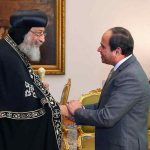 No decrease in attacks on Egypt’s CoptsSelected Opinion