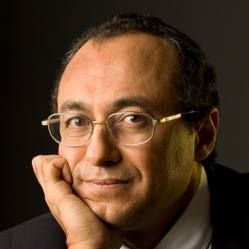 After so many Islamic terror attacks against innocents it is common to see Islamic apologists jumping to offer some justification for such attacks by raising the issue of ‘Muslim grievances.’ They insist that Muslims are conducting terror attacks because they feel unfairly treated.

The most recent example of this bizarre phenomenon is the portrayal of Abdul Razak Ali Artan (the Ohio State University student responsible for Monday’s attack that injured 11 people on campus) as a victim whose heinous attack on the American people was justifiable because “he was not able to pray in public in his university.”

First of all, his “inability” to pray on the grounds of the university was not due to some university anti-Muslim prayer policy, but was rather the inevitable result of thousands of barbaric acts conducted by his fellow Islamic radicals. The wide exposure of the inhumane nature of Sharia Law (Islamic Law) has quite reasonably tarnished the image of Islam, which has deteriorated so badly that Abdul Razak was in fact deeply ashamed of his religion, and was actually embarrassed and afraid to pray in public.

Abdul Razak should have blamed his fellow Islamic radicals and leading Islamic scholars-who actually teach and promote these hateful and inhumane sharia laws-for creating and reinforcing such a negative image of Islam. It is also notable that Islamic scholars who are considered to be moderate have never taken a clear and honest stand against such inhumane sharia laws as declaring wars to spread Islam and taking female war prisoners as sex slaves (Ma Malakat Aimanikum).

If anyone should have grievances, it’s the innocent religious minorities in Muslim countries who are often exposed to extreme forms of violence and discrimination. Their churches have been set on fire in several Muslim countries; their women have been raped in Iraq and Syria by the Islamic State; their elder priests have been beheaded by the Islamic radicals. And yet their completely understandable and just grievances have not caused them do what Abdul Razak has done.

Proponents of the “Muslim grievance” theory as a justification for violent attacks on innocents need to explain why non-Muslim minorities in Muslim countries have not resorted to terrorism and violence to vent their frustrations, while Muslims who enjoy equal rights in the US and most European countries and who have been allowed to build thousands of mosques and Islamic schools in the West just in the last few decades use this unacceptable and vicious approach as a preferred tactic.

Furthermore, if the “grievances theory” is correct, why do aggrieved Muslims brutally kill their fellow Muslims? Can any sane person explain, for example, how the so-called ‘Muslim grievance’ can justify the murder of more than a hundred and fifty thousand innocent Algerian Muslims at the hands of their fellow Muslims? Or why Sunni groups mutilate the dead bodies of Shia Muslims after slaughtering them? Or why Salafi Islamic groups blow up the mosques of their fellow Sufi Muslims?

It is time to stop the hypocrisy and false justification for terrorism. It is time to call a spade a spade and point the finger at the true & obvious cause of Islamic Terrorism: Religious Ideology. 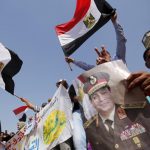 Where the Turkish Military Fails, Egypt’s SucceedsSelected Opinion
Before the Law for Building Churches: The Copts’ constitutional right to praySelected Opinion