The Egyptian Interior Ministry’s claim – a day after Islamic terrorists released a video showing the execution of a 62-year-old Christian grandfather – that police had killed three of the suspects in the killing seems suspicious at best.

The Egyptian government didn’t bother to say on what date the three members of the Islamic State affiliate in the North Sinai were killed in a gun battle in the Abtal area, a convenient omission since it’s also unclear when Coptic Christian businessman Nabil Habashi Salama was killed. The video was released on April 18, and the government statement was released the next day.

The government claimed three other suspects involved in the execution escaped. Terrorist and government assertions are difficult to verify as media access is restricted in the restive North Sinai, but if the Egyptian government claim that three jihadists were killed is true, it also raises the question of why security forces couldn’t rescue Salama before he was executed.

When Salama was kidnapped in the coastal town of Bir al Abd in the North Sinai in early November, it wasn’t clear who had done it or why. Was he perceived as a well-off businessman whose family could pay a large ransom? A Christian to be despised for his part in the leading the construction of a church building? Or perhaps they thought his Coptic Orthodox denomination was rich enough to pay a ransom.

The three unmasked men who seized Salama off the street in Bir al Abd had to steal a vehicle to make their get-away, which seemed a bit less sophisticated than a typical IS operation.

The reasons for his execution became clearer with the release of the video. His son told Coptic Orthodox leaders that while in captivity his father had told him he was kidnapped for his role in building the church of St. Mary, St. Karas and St. Abanoub in Bir al Abd, according to a tweet by a church bishop.

“He poured his heart and soul into this church and always said, ‘Do not think that I am building this church for here; I am building for myself a home in heaven,’” the bishop reported Peter Salama telling him. “In their efforts to have him abandon the faith, they humiliated my father, and broke all his teeth to torture him. Yet, through all this, and we are so joyful for him.”

In the video, one of three IS terrorists standing with rifles behind the kneeling Salama says, “We thank the great Allah who ordered his followers to kill, and the kafirs [apostates] to be subjugated until they pay the jizya while down on their knees. This is a message to Crusaders in every spot on earth: As you fight, you will be fought, and as you capture you will be captured.”

Then the militant, using a derogatory term for Christians, addresses Egyptian Christians, saying, “This is your reward for supporting the Egyptian army,” and shoots Salama in the head, killing him, according to Egyptian newspaper Watani.

As the Egyptian military has waged a campaign against IS in the Sinai, the Islamic extremist militants see Coptic Christians as supporting the Egyptian army, even as some Copts lament indifference by the government and security forces’ lack of effectiveness; critics say the government could have rescued Salama long ago.

In the video, the jihadists also kill two Bedouin tribesmen they accuse of fighting with the military. The Bedouins have provided intelligence on jihadist militants to military and police.

The Coptic Orthodox archbishop in his tweet quotes Salama’s son as saying, “We are currently telling our kids that their grandfather is now a saint in the highest places of heaven. The ISIS militants used to contact me during the time when my father was kidnapped, and, though I knew he said this under pressure, he would say, ‘All is fine, thanks to God.’ He explained to me that the militants wanted to enforce the Jizya tax on the Christians, and that he was kidnapped due to his efforts in building the church.”

The Jizya, a koranic protection “tax” on Christians and other non-Muslims, grants the right to practice another religion but is used to subdue them as second-class citizens.

“It was heart-wrenching to see the execution of my father,” Peter Salama told Watani, adding that since his father’s execution he has received threats from IS terrorists. “He had never done anything wrong, in fact he loved to serve everyone and was loved by all in Bir al-Abd.”

Earlier in the 13-minute video, Salama is made to look like a man confessing a crime as he admits he was responsible for building the Coptic Orthodox church in Bir al Abd and, in an obviously coerced statement, says that his “church is cooperating with the Egyptian army and intelligence’s war on the Islamic State.”

The kidnappers reportedly demanded a ransom of 5 million Egyptian pounds (US$318,000 though church sources say the demand was 2 million Egyptian pounds), and after the family was unable to pay it, Salama’s relatives followed local security officials’ advice to relocate from the area. They had to shut down all Salama’s businesses and leave.

Islamic extremists who have long terrorized the Sinai ramped up violence in 2013 after the army deposed President Mohamed Morsi, an Islamist of the Muslim Brotherhood, as part of a popular uprising. Christians were among IS’s favorite targets for torture and murder.

In the North Sinai in February 2017, in the Al-Arish area east of Bir al Abd, about 350 Coptic families fled after jihadist militants carried out a series of killings and threats. Copts also had to flee Al-Arish in July 2013 after a priest and a Christian businessman were killed.

While there are doubts about the military’s effectiveness, Pope Tawadros II, head of the Coptic Orthodox Church of Alexandria, lauded security forces’ efforts against terrorists in a statement mourning the death of Salama.

“Even as the Church mourns her faithful son and servant, she feels joy at his heavenly award in Jesus Christ who he held on to and shed his blood for,” Tawadros said. “The Church confirms her support of all the Egyptian state’s efforts in battling terror, the attacks of which only make us more adamant in preserving our national unity. In this regard, we applaud the efforts of the Egyptian military and police. We offer our condolences to the family of the martyr and pray for the peace of our land.”

Salama had two sons and a daughter. His daughter, Marina Salama, said her piercing grief and shock over his death came with great respect for his faith.

“He lived and died a great man,” she said. “He is now in a better place, with Jesus whom he loved and served.” 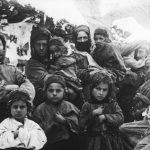 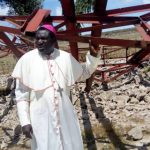 In Africa, help for victims of Islamic fanaticismNews & Reports