Historic statement will likely exacerbate tensions with Turkey, whose relationship with the U.S. has deteriorated in recent years.

President Biden formally declared the massacres of Armenians in the early 20th century to be genocide, fulfilling a campaign promise to Armenian-Americans and others who have sought such an official acknowledgment for decades.

Mr. Biden’s declaration Saturday is the first such formal statement by a sitting U.S. president and will likely exacerbate growing tensions with Turkey, which denies that the killings of Armenians between 1915 and 1923, under the Ottoman Empire, constituted genocide.

The declaration came as part of a statement prepared for Saturday’s day of remembrance, an annual commemoration held by Armenians in the U.S. and elsewhere.

“Each year on this day, we remember the lives of all those who died in the Ottoman-era Armenian genocide and recommit ourselves to preventing such an atrocity from ever again occurring,” Mr. Biden said in the statement. “We do this not to cast blame but to ensure that what happened is never repeated.”

Mr. Biden informed Turkish President Recep Tayyip Erdogan about the decision on Friday during the first call between the two leaders since Mr. Biden’s inauguration, a senior administration official said.

The official said Mr. Biden’s decision showed the U.S. focus on international human rights, adding that the statement was intended more for the victims rather than for assigning blame. The official said the two presidents plan to meet in June on the sidelines of the North Atlantic Treaty Organization summit in the U.K. to address a range of differences.

Turkey immediately rejected Mr. Biden’s declaration. “Words cannot change or rewrite history. We have nothing to learn from anybody on our own past. Political opportunism is the greatest betrayal to peace and justice,” Turkish Foreign Minister Mevlut Cavusoglu wrote in a Twitter message moments after Mr. Biden’s statement was released.

Turkey objects to the use of the term “genocide,” arguing that the Armenians revolted and sided with invading Russian forces, and that both sides suffered casualties.

The term has been widely accepted by historians, governments and international organizations in reference to the Ottoman Empire’s treatment of Armenians and members of other ethnic and religious minorities from 1915 to 1923.

In recent years, ties between the U.S. and Turkey, a fellow NATO member, have deteriorated over Ankara’s acquisition of the Russian S-400 air-defense system, as well as human- and civil-rights issues under Mr. Erdogan and Turkey’s role in several regional conflicts.

Under pressure from Congress, the Trump administration imposed sanctions against Turkish government entities over the acquisition of the S-400, which Pentagon officials said could be used to collect intelligence on the F-35 stealth jet fighters that Turkey was due to buy, and removed Ankara from participation in the U.S.-led F-35 stealth jet fighter program.

Congress in 2019 overwhelmingly passed nonbinding resolutions in the House and Senate calling the 1915 actions a genocide.

Analysts said Ankara could respond by calling attention to the treatment of Native Americans by European settlers, mounting a diplomatic protest or erecting informal barriers to U.S. exports. If tensions escalate, Turkey could bar U.S. forces from using the country’s Incirlik air base.

U.S. support for Kurdish militants fighting Islamic State in Syria has also alienated the Turkish government in recent years as the fighters belong to an offshoot of an organization that is labeled a terrorist group by both Washington and Ankara.

On Saturday, the Turkish government said the country’s forces launched a military operation against Kurdish militants in northern Iraq. State broadcaster TRT said the operation, which began Friday night and focused on the Matina region just south of the Turkey-Iraq border, including helicopters and F-16 fighter jets.

Mr. Erdogan, who was in contact with the command center for the operation, said “many terrorists have been neutralized” in the offensive against militant hide-outs in the region, according to Turkey’s state news agency Anadolu. Kurdish media also reported Turkish shelling in the area. The claims of casualties couldn’t be immediately verified.

James Jeffrey, a former U.S. ambassador to Turkey and senior official in the Obama and Trump administrations, said the question of genocide recognition has long been the subject of a debate within the U.S. government.

“Those of us who always argued that for geopolitical reasons we shouldn’t do it knew that sooner or later a president would do it,” he said of the decision to recognize the genocide.

As a result of years of tensions, U.S.-Turkey ties might now be damaged beyond repair, some observers of the relationship said.

“We’re now at the point where this equation is potentially unsolvable by the math we know. We are at the mercy of events,” said Selim Sazak, a visiting scholar at Bilkent University in Ankara and a doctoral student in political science at Brown University.

Armenians within Turkey said the U.S. declaration wouldn’t be enough to address their historic trauma.

“I’m not against it, but why doesn’t my country, Turkey, recognize my pain?” said Garo Paylan, a member of the Turkish parliament who is of Armenian descent.

Mr. Erdogan is likely to use Mr. Biden’s pronouncement for domestic political gain, appealing to his conservative base by labeling the U.S. decision a Western insult against Turkey, according to observers. The Turkish president has exploited past crises in relations with Western powers to shore up domestic support. 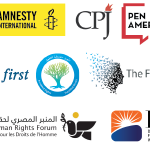 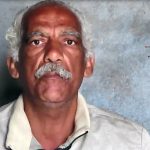