The magnificent Rio Olympic games ended last week. Some of the shiniest moments seen during the games were evident in the American delegation. The American teams were a reflection of the diversity of our society with blacks, whites, Latino and Asian Americans among the team members. There were Muslims, Christians, Jews, Hindus, Buddhists and atheists. In fact, one of the American team members, a Muslim woman, had her Hijab on as she was strolling into the Maracanã stadium at the front row of the American Team. A rainbow coalition of sort.

This political, economic and professional strangulation is only a part of the systematic discrimination against Christians in Egypt. Many churches have been burned and no one was arrested, tried or convicted. Many families have been expelled from their villages just for being Christians. Many Christian businesses have been destroyed, looted and burned with impunity. In May, a mob of 300 men, angered by a false rumor about an affair between a Christian man and a Muslim woman, burned down that man’s home and many other Christian houses and then stripped the man’s elderly mother naked and dragged her in the streets of the village. Not a single man thought it was not decent or “manly” to do that to an elderly woman who had nothing to do with the false rumors.

And the government is complacent. The law is not applied equally. For instance, building a church in Egypt takes almost the same hassle as building a nuclear plant in the US. The government makes it so hard and convoluted that very few churches are built in contrast that to the thousands of mosques built every year. This week the parliament passed a watered down new law to, purportedly, ease those restrictions. The government only pays lip service to Christians but no actions are taken. With all these atrocities committed against Christians, which are so many to be mentioned here, very few perpetrators, if any, are questioned, tried or convicted. The Economist magazine, in its latest edition, puts it succinctly and eloquently: “Crimes and no punishment.”

The solution is complex but also simple. Christians need the help of their Muslim brothers and sisters, neighbors and friends to protest this unfair treatment of their fellow citizens. Christians are not asking for more than to be treated equally under the law with mutual respect. That is where we should start. It will not come from Christians alone. It has to come with help from the majority. In any civilized society the majority takes an active role in protecting its minorities. As a start the society should take responsibility to teach all children the basic human values of respect, acceptance and tolerance. Children should be taught the meaning of life and how each life is a gift from God that should be respected and valued. Political, social, cultural and religious leaders should lead by example in showing their respect for their fellow citizens regardless of their ethnic or religious affiliation.

And this can happen. We saw a glimpse of this national unity in Tahrir Square, where the 2011 revolution started. In that famous square, during the early days of the revolution, there was no separation between Muslims and Christians. Muslims protected Christians during their Sunday prayers and Christians protected their fellow Muslims during Friday prayers. Also, when I was on the front line, fighting for my country in Suez during the 1973 war with Israel, there was no delineation of who was Muslim and who was Christian. Only Egyptians who were proud of their country and of each other. We need to go back to our decent roots of supporting each other rather than staying silent in face of ugly discrimination.

Egyptians, Muslims and Christians, are decent, hard-working and fair people. I am sure they will not be happy when their fellow citizens are discriminated against in their own homeland. Egypt will be stronger and more robust as a society and all Egyptians will be more proud of their country when it treats everyone with fairness and equality. 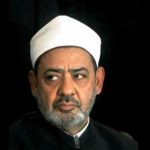