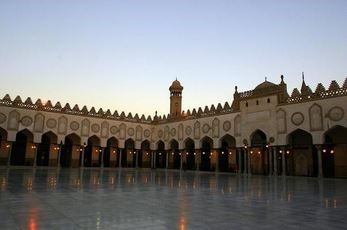 Al-Azhar’s Poisonous Curricula Are Responsible For Attacks On Copts; Al-Azhar Accuses Anyone Who Disagrees With It Of Heresy. In his first article, ‘Abd Al-Tawab wrote: “[Let me say,] without beating about the bush, that the Al-Azhar institutions have not taken a single serious step in response to President Al-Sisi’s call for a religious revolution.[3] [Here is] one example of this strange state of affairs. The state collects taxes from all its citizens, Muslims and Copts, which join its other revenues that benefit both Muslims and Copts. These funds pay for various public [services], among them education, which includes Al-Azhar and its institutions and university. [Yet Al-Azhar’s] students are taught using poisonous curricula that harm the tax payer more than anyone else, and especially the Copts! In other words, society pays to train, educate and cultivate a group [of graduates] that hates society and is hostile to it and attacks it as it pleases! To this very day, Al-Azhar, with its curricula, continues to teach its students to level accusations of heresy at anyone who disagrees with them and to define the construction of churches as a crime. In some of the classes [taught at Al-Azhar], it is stated that churches should be banned in [all] countries that the early Muslims conquered by the force of arms, including Egypt. In addition,[students] are taught that anyone who does not pray – or even prays without first performing the ritual ablutions – must be killed, and the crime of his murder can be taken lightly.

“Some researchers and intellectuals make an effort to inform the public of these frightening facts, among them [Egyptian lawyer and Islamic researcher] Ahmad Abdu Maher. He points out that Al-Azhar scholars have accused him of heresy while they refuse to accuse ISIS of heresy.[4] In fact, some Al-Azhar scholars have [even] said that participating in the [international] coalition to fight ISIS is treason against Allah and His Messenger.

“Hence, it is a mistake to say that the attacks currently taking place against Copts in Minya and elsewhere are the acts of individuals [and not part of a larger phenomenon]. [Al-Azhar] students will continue to study until they attain a certificate or a license to preach at a mosque, and then they will spread what they learned among the worshipers.

“Nearly two years have passed since the President’s call [for a religious revolution], which was [ostensibly] welcomed by the Al-Azhar scholars. But time proves that they [merely pretended to] show flexibility, so that the wave would pass [over them] quietly. This underscores the importance of forming a national committee to handle this task, which can include Al-Azhar scholars as long as they are not a majority that will take over [the committees’] decisions. Otherwise we will be swept into further waste of time and effort and enable extremism to increase even more.”[5]

Al-Azhar Is Not Helping To Promote Al-Sisi’s Religious Revolution
In his second article, ‘Abd al-Tawab discussed Al-Sisi’s meeting with Al-Azhar Sheikh Al-Tayeb following the uniform sermon crisis,[6] and repeated his claim that, despite ostensibly welcoming Al-Sisi’s call to reform the religious discourse, Al-Azhar has in fact done nothing to promote this cause. He wrote: “There is a need, even a crucial need, for this revolution [as part of] the effort to institute a constitution that lays the foundations for a modern state. [This must be done] by strengthening the freedoms and defending them, including the freedom of worship, of scientific research, of literary and artistic creativity, etc., and also by strengthening all the international treaties to which Egypt is signatory.

“Al-Azhar’s clerics were quick to welcome the president’s call for a [religious] revolution, but this was never translated into action on the ground. In fact, for more than two years [Al-Azhar’s] activity has been in the opposite direction: it has mercilessly attacked anyone with a differing opinion without hesitating to use the weapon of accusations of heresy, or to file lawsuits that placed several people behind bars, and this based on laws that are assumed to require amendment as soon as possible in order to adapt them to the new constitution.”

“The hoped-for change [in the religious discourse] will not be achieved by means of a breakthrough in combatting extremist ideology on the internet. That is a waste of time and effort [because it is an attempt to] treat the symptoms and the outcomes [of extremism] instead of focusing on the right things – such as [reforming] the curricula that still contain horrifying expressions, improving the teachers and adapting them to the spirit of the times, dismissing extremists from senior positions, and enforcing the [state] law instead of [holding] traditional reconciliation [sessions with the Copts]…”[7]

Endnotes:
[1] Recently there has been an escalation in attacks on Copts in Egypt, especially in the rural governorates of Minya and Beni Suef, and mainly due to rumors that Copts are using private homes in various villages as churches.
[2] In a third article about Al-Azhar, ‘Abd Al-Tawab criticized its involvement in Egypt’s foreign policy, after Al-Azhar Sheikh Ahmed Al-Tayeb met with Egypt’s new ambassadors. Al-Ahram (Egypt), August 18, 2016. Also noteworthy was an article by Al-Ahram columnist Muhammad Al-Dasuqi, who likewise wrote that this institute was not reforming the religious discourse (Al-Ahram, Egypt, June 20, 2016), and an article was by journalist Khaled Al-Montasser, who wrote in Al-Watan on June 24, 2016 that Al-Azhar was delaying the publication of a comprehensive paper on the renewal of religious discourse written by senior Al-Azhar scholar Dr. Salah Fadl. Al-Watan also published a series of articles about corruption in Al-Azhar’s institutions. See Al-Watan (Egypt), August 3, 2016; July 13, 20, 27, 2016; June 8, 15, 22, 29, 2016, May 4, 11, 25, 2016; April 13, 20, 2016.
[3] Al-Sisi called for a “religious revolution” in a December 2014 speech. Even before this he endorsed the call made by Mansour Adly, who served as interim president of Egypt before Al-Sisi’s election, to “renew the religious discourse.” See MEMRI Special Dispatch No. 6114, Egyptian Columnists On Al-Sisi Regime’s Campaign For ‘Renewal Of Religious Discourse’ As A Way Of Fighting Terrorism, July 23, 2015.
[4] On Al-Azhar’s refusal to call ISIS heretical, see MEMRI Special Dispatch No. 5910, Al-Azhar: The Islamic State (ISIS) Is A Terrorist Organization, But It Must Not Be Accused Of Heresy, December 21, 2014.
[5] Al-Ahram (Egypt), July 25, 2016.
[6] On this affair, see MEMRI Special Dispatch No. 6556, Egypt’s Al-Azhar Opposes Ministry Of Religious Endowments Plan For Uniform Friday Sermon, August 4, 2016.
[7] Al-Ahram (Egypt), August 6, 2016. “Traditional reconciliation” refers to extra-judicial “community justice meetings” that have been used to affect a reconciliation between Muslims and Copts following clashes between the communities. Many Copts, as well as others in Egypt, have protested this practice, claiming that it is used as a way to avoid prosecuting Muslims for violence against Copts or to persuade the Copts to forgo their legal rights. See for example Al-Ahram (Egypt), July 9, 2016; Al-Yawm Al-Sabi’ (Egypt), July 27, 2016; copticsolidarity.org, August 8, 2016; dailynewsegypt.com, May 29, 2016. The “Egyptians against Discrimination” rights group recently held a demonstration in front of the prosecutor general’s office in Cairo in which they protested these reconciliation meetings and accused the state of “conspiring” with the perpetrators of attacks on Copts. Al-Ahram (Egypt), August 16, 2016; Al-Wafd (Egypt), August 15, 2016.
________________________
http://www.memri.org/report/en/0/0/0/0/0/0/9410.htm 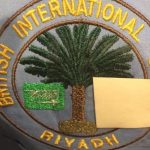 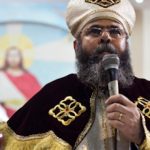