The Coptic Orthodox Church declared a compromise with the Egyptian government on Wednesday night over a contentious draft law organizing the building of churches.

The declaration followed a long meeting between Pope Tawadros and the Church’s Holy Synod.

The Church’s official legal representative Monsef Soliman told Mada Masr the Cabinet is expected to release the details of the new deal following a meeting on Thursday. “All I can say is that the new draft law is something that will make all Egyptians proud,” he commented.

The Cabinet is currently reviewing the draft bill in order to submit it to Parliament for its weekly ministerial meeting in the next few days.

An official statement by the Church on Wednesday emphasized the limitations of any law, which it said “needs an open mind when it comes to practical, not literal implementation,” adding that time will tell as to the law’s “effectiveness, validity and its respect for the other, as we hope that no problems will arise in reality.”

Spokesperson for the Evangelical Church Andrea Zaki told the privately owned Al-Masry Al-Youm newspaper that the government agreed to all the demands raised by the three main churches, including an article that legalizes unlicensed churches without security interventions, and permits the building of domes with crosses on top of church buildings.

The previous draft stirred major disagreements between the state and the churches, especially after an angry statement was released by the Orthodox Church on August 18, asserting that the government had proposed unacceptable and unrealistic new terms that would further limit the building of new churches and be difficult to implement.

President Abdel Fattah al-Sisi met with Prime Minister Sherif Ismail following the statement and instructed him to avert a potential standoff and respond to the demands of the Coptic Orthodox Church. After the meeting, Ismail said Sisi is keen to pass the bill quickly in cooperation with the churches.

There has been a spate of sectarian incidents recently concerning the building of churches, particularly in Upper Egypt. In Minya, the cousin of a priest was stabbed to death and three others were injured after rumors they intended to convert a private house to a church.

In Koum al-Loufy village, a number of houses owned by Copts were set ablaze following similar rumors, which pushed an extended family of 24 Coptic citizens to flee the village and move to Cairo. 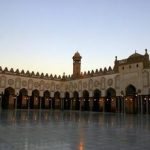 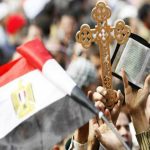